Garbage? My bike is NOT GARBAGE....

1 Community 5:58 AM
A+ A-
Print Email
What would you do if you woke up one morning and discovered your motorcycle was gone?

Not stolen but hauled away by the garbage company and CRUSHED?

Well that's exactly what happened to a ROANOKE RAPIDS, N.C.man.

According to the article and video, the garbage men thought the bike was a couch...no seriously that's what Joseph Morning was told.  The city did not originally want to replace the man's motorcycle but once the trouble shooter got involved and the city manager came back from vacation, the city went to it's own insurance company and they hope to have the issue resolved soon.

Poor beggar - I still can not wrap my head around how anyone could mistake a motorcycle - one that's been parked in the same spot for 8 weeks, for a couch...and then haul it away and CRUSH IT?

What a shocker that must have been for that poor man.

Then there is the $250,000 headache the Mongols Logo has created for the federal government in the USA.

In 2008, the Mongols trademark was seized by the government, and that has opened a can of worms according to the club's attorneys.

Begin Quote: “What they did was an outrageous violation of the First Amendment, and an absolute abuse of forfeiture and trademark laws,” American Civil Liberties Union attorney David Loy said Monday in a telephone interview.

Rebuking prosecutorial overreach, a federal judge in Los Angeles ordered the Justice Department to pay $253,206 to Loy, who’s with the ACLU of San Diego & Imperial Counties, and Alan Mansfield, an attorney with Consumer Law Group of California, in San Diego. End Quote

I wonder what taxpayers think of that particular blunder?  The suit is far from over and it will cost plenty more by the time it's done.  Every veteran who is living on the streets, every person who pays taxes should be outraged over this situation. I guess we'll have to wait another year to find out what the full fall out from this aggressive, over reaching use of the forfeiture act.

The U.S. District Judge, David O. Carter had some scathing observations and remarks....

Begin Quote: The judge reasoned that the trademark belonged to the organization, not to individuals, and therefore unindicted club members should still enjoy the right to use it. Last February, another federal judge added that the Justice Department had to pay for the trademark fight because the government “violated settled First Amendment and trademark law.

“The novelty of the government’s position did not make it substantially justified,” U.S. District Judge David O. Carter ruled. “Rather, it took unlawful action based on an ungrounded and unsubstantiated legal theory, and without sufficient factual support.”  End Quote

I sit in this chair and read what the police services in this country do on a daily basis - I am not talking about the average police officer here - I am talking the gang squads, the drug squads etc., the supposed elite positions on the various forces and it never ceases to amaze me how they and the crown councils - prosecutors - will try anything - legal or not to prove a point.
And sometimes that point just does not exist.

The truth may win out - but at what cost?
Why are these people not held accountable?
Why is it the tax payer ends up being the guy that foots the bill for their over reaching, over zealous and unlawful actions?

Civil servants should not be allowed to abuse their authority in this way and have the taxpayer pay for their "mistakes" but hey, what do I know, I am just a taxpayer.

I would LOVE to hear your thoughts on these two stories today!

There is a ton of other news in the feeds this morning and I invite you to check them out at www.beltdrivebetty.com where our work is keeping You informed.

It's gonna be a hectic few days around here as I get ready to leave for the new "Powersports Adventure" show in Abbotsford. Nanette Jacques is the hostess of this new trade show and I am looking forward to seeing what this show sorceress has on tap for all of us!  I hope to see a ton of you there as we launch our new "Discover Canada by Motorcycle" line of tee shirts with our first design: 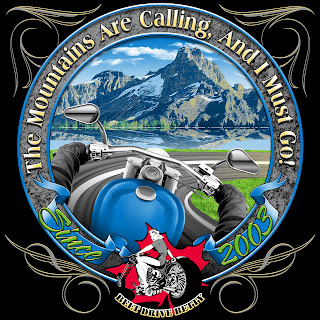 Hubby spent his weekend getting my car serviced for the winter and tearing Black Betty apart - yes, you read right, my riding season has come to an end - almost.

I will be riding in the Fraser Valley Toy run with the gang from Azzkikr's as they have been kind enough to lend me one of their bikes.  While I am hanging with Len and the boys, we are gonna discuss what new trinkets Black Betty should be sporting from their line of Bagger parts!

I am sooo looking forward to the hugs, the eye candy and the riding...I'll see you in the lower mainland of BC, this weekend!

I leave you with a few giggle to start your Tuesday morning off on the right foot... 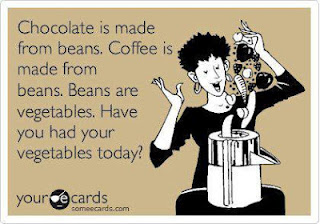 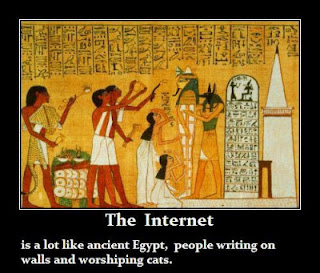 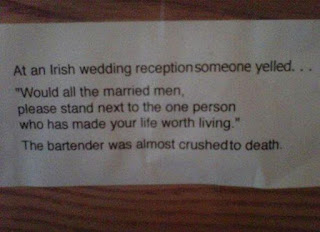 Have a fabulous Tuesday everyone and if you are blessed enough to still be riding, remember to ride like everyone around you is blind an can not see you!