BIG LIVES and the women who live them! Meet Kate MacEachern

In 2005 a single mom with a one year old little boy joined the military.

She successfully finished all training and was posted to CFB Edmonton. 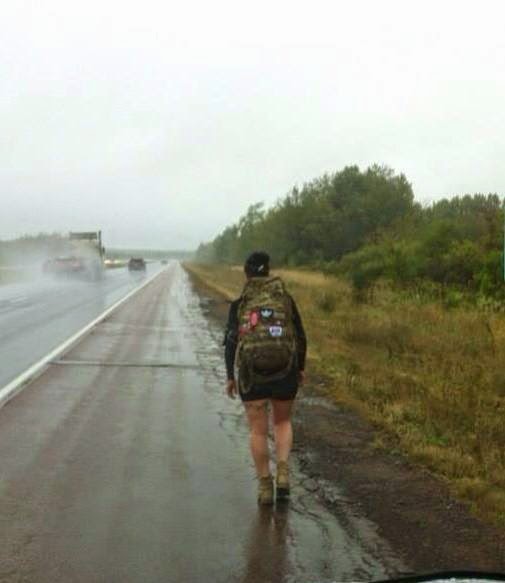 In 2007 she experienced "traumatic injury" while in training on the base.  A closed head trauma & significant spinal cord damage that left her with seizures and a subsequent stroke 9 weeks later. She was told at the time, that due to the extent and nature of the damage to her brain and body that her career would be over. The chance of ever regaining mobility and full function was minimal at best.

She walked out of the hospital within weeks of the surgeon and doctors speaking those words. The day she tried to speak with an intubation tube down in her throat is the day she learned what FIGHT really meant.

At the time, she had to surrender her drivers license and her life. 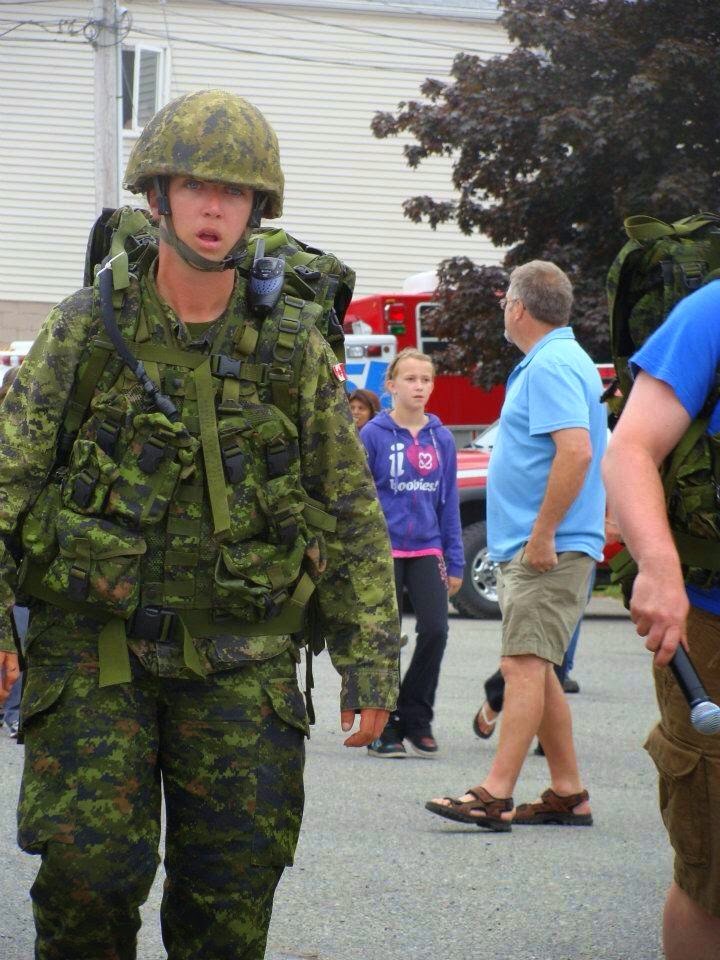 "With seizures I wasn't allowed to drive. So much of my life was now "my new normal" things got hard. With my recovery, I would get so close to the time period needed to be re licensed and relapse. So close but so far away. I wanted to quit. But I didn't. I am a Leopard tank driver by trade, if I couldn't drive, I was nothing.  My unit and my family never gave up on me. My Dad never gave up. " says Kate

In 2010 she was finally cleared medically on the physical injuries. She could finally return to a fighting Squadron, get her license back and carry on.

"After the accident I had saved a little money. I wasn't driving or paying for gas so, I could squirrel away a little. I had a very specific goal in mind. I never gave up.

Years ago, My Dad had given up his motorcycle due to the financial obligations of being a father. He always missed it. You could see it in his eyes when you would hear the vibration of a bike coming up the road. He's the type of man that just belongs on a bike. It just fits. Dad gave up so much for us but he would never ask nor attempt to get another. Something always got in the way.

So in December, I flew home from Alberta and I bought my Dad and I motorcycles.  He was in NS, I was in Alberta. We competed to the minute as to who was going to get their licence back first. Our course was running the same time and days but...due to the time change he technically got his first. He still hasn't let me live that one down!"

Although this was an amazing period in her life, later that year she was diagnosed with PTSD.
She went into a denial period. A heavy period of denial.

"I wanted to put my head in the sand and just ignore the world. Fade into a dark wall and disappear. Between anxiety, depression, trigger episodes... I was not doing well at all. The bike though, it gave me freedom. Wind therapy. It hurt, and it was a horrible experience but I didn't give up. It's not in my blood. That being said though, I was tired of fighting. Tired of getting one step ahead and falling three behind. I recognized that I wasn't alone. Many others faced this demon. I needed to do something." said Kate

In 2012 that "something" was born. It is called "The long way home". A physical journey to show people what it looks like to come "home" after injury.

Her goal was to bring as many soldiers "home" as she could. Help them heal, to protect her brothers and sisters and show them...they are never alone.

In June of that year she walked from CFB Gagetown to her hometown of Antigonish NS, 576km.
Hit with hail, bleeding feet, exposed bone, dehydration... She had no idea what she was doing...but she could sleep at night knowing she was at least trying. 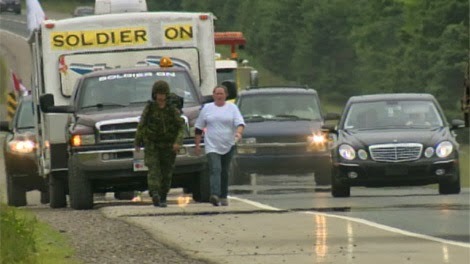 Kate faced criticism and met it head on: 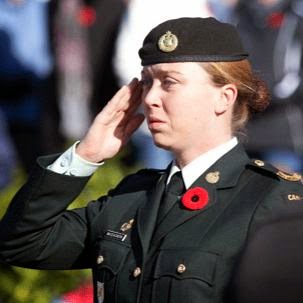 In 2013 she decided to take the lessons she had learned and apply them to something bigger.
She wanted to incorporate more people.

"It's not just soldiers that survive PTSD. Nobody is exempt." said Kate 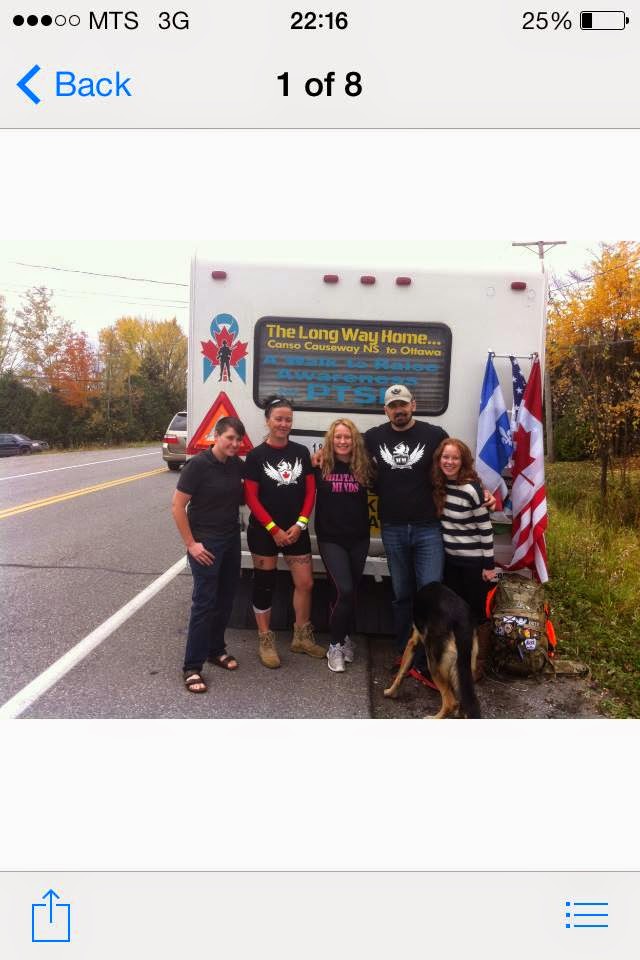 So, she put her boots and ruck on once again. This time she left from Cape Breton NS and walked 1876 kms to Ottawa Ontario in support of Military Minds.

"I'll be honest, I wanted to quit a few times, but I never gave up.
Three amazing things happened that year though. I was patched in with 2CAV Dunkirk, but I had to sell my bike. I wanted desperately to buy a house, a forever home for my son and I, so the "wants" had to go and the "needs" were the focus.

It killed me, but I finally understand why dad had that look in his eye around bikes.

It gets in your blood.

Someday I'll have another. Might not be anytime soon but...
I won't give up. Bikers are my life and have always been a part of my life. They are my brothers and sisters." 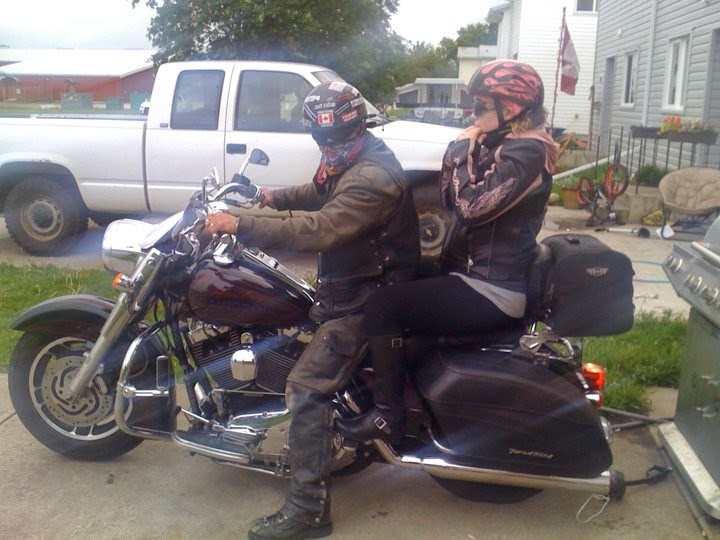 JP Cormier, singer songwriter responsible for the hit song "Hometown Battlefield" has written a song called "The Long Way Home" in honour of Kate and Her Walk - the LONG WAY HOME. 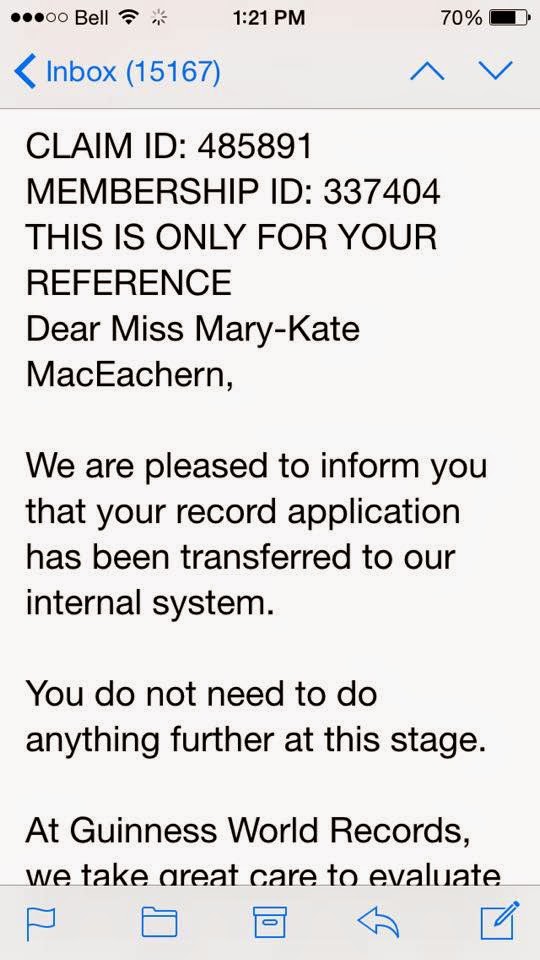 Kate has set not one, but two World Records for the Heavy March.

Her walk this year will mean that she has traversed all of Canada with a 45 pound rucksack on her back. That's no small feat!

She has touched thousands of lives and has helped so many people.

"I walk for all of us with PTSD. The 45 lb pack on my back, it's not just my burden, it's all of ours. I carry it to show people what that looks like. The journey home. The long way Home." says Kate.

An amazing woman of courage and strength, Kate Mac (as we who are blessed to call her friend, call her) is an inspiration, a breath of fresh air! A gorgeous woman inside and out, one built with a determination that few can equal.


She is a woman who lives a VERY BIG LIFE!

Have a wonderful day, and if you are blessed to live where you can ride, please ride like everyone around you is blind and cannot see you.