1 Remembrance Day 3:13 PM
A+ A-
Print Email
Last week I received a beautiful scroll like parcel in the mail from the kids of the grade six class over at Harry Balfour School. 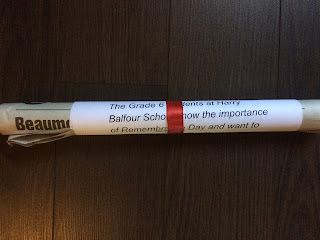 Their principle, Christian Gee invited me to their Remembrance Day service after I had phoned him to thank him for the most beautiful of gestures from the grade six students at his school.

I have only ever been to Harry Balfour School to vote and so I was taken aback when I got there today.

It's a much different place when it is filled with children. This school has amazing energy, it's a very peaceful and yet joyful place.


I can't tell you how incredible their ceremony was. 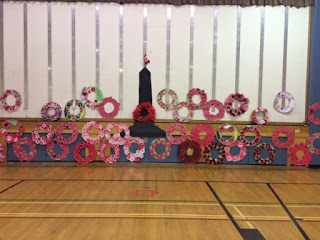 They laid their gorgeous home made wreaths at their own makeshift cenotaph and I must say their entire ceremony went off with military precision that would make any commander proud.

It was truly well done and would have made any soldier or their family feel the love, respect and pride these children have in our veterans, military and our country.

What struck me as I watched these young people, was the concentrated focus and attention that every participant gave the service. From the youngest to the oldest, these children were well and truly engaged and showed so much respect.

After their service was over, I took the mic and as a neighbour who has no children in school, I thanked them for the scroll with the letter and newspaper and told them what it meant to me to receive it.

I thanked young William who wrote the letter that was part of the scroll and their teachers for the wonderful gesture of Remembrance.  I also made sure that their principal got the kudos he deserved for supporting and encouraging his staff and students.

When the gymnasium was almost cleared, a teacher brought young William over to meet me.

He is a wonderful young man with a very large heart. I'm not sure that he had really understood how I felt about the gesture until we met. I am so thankful to have met this young man and to have shared a tearful hug with him.

The young ladies who ran the ceremony thanked me for coming as did some of the teachers and Christian Gee and I spoke a little about the school and the administrations and faculty's goals for their students.

I can't tell you how impressed I was by him.

This is an educator with compassion, empathy and a genuine love of his job and pride in his faculty and students.

Equally important, this man has their respect and genuine admiration.

I have never been more gratified to attend a school function than I was today.

I hope to see lots of people from Grande Prairie attend at the cenotaph tomorrow and later to join the ANAVETS Unit 389 for soup and a sandwich at the clubhouse: 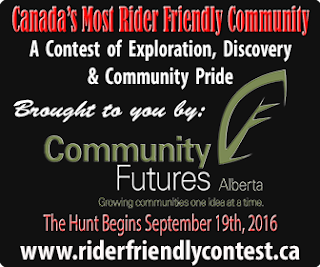