Canada’s MOST Rider Friendly Community Contest gets prepared to go into it’s second round of voting!


Canada’s MOST Rider Friendly Community Contest gets prepared to go into it’s second round of voting!  Holly Sorgen, Executive Director of Community Futures of Grande Prairie & Region has gone over the voting and has declared who our finalists are for this round.


This time only three communities from the west will compete as the eastern competition has already been decided.


We are looking forward to the spirited community banter and getting a little closer to crowning a new Canada’s MOST Rider Friendly Community from the 2016-riding season! 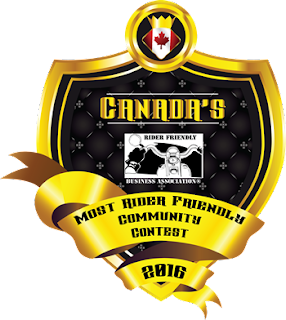 We want to thank Bracebridge, Fort Qu’Appelle SK, Kaslo & North Cowichan BC for entering the competition. The contest organizer, Renee Charbonneau, will be in touch in the next few days to get your one year of marketing set up and active for you!  That’s right, the four communities who are knocked our have each won a small $1,500 marketing package with Belt Drive Betty Media one of our presenting sponsors!


For more information about Canada’s Most Rider Friendly Contest, contact: