0 Law & Politics, Rider Friendly Business Association 4:17 AM
A+ A-
Print Email
6 men from the US spent several days in an Oslo Norway jail - their crime?
Being members of the Gypsy Jokers Motorcycle Club.

The men were  held in custody without being told why. and although an attorney was provided to the men, all the attorney could tell them after talking to officials was: "Some of you have criminal records and some of you don't, but they believe there is a chance that you might do something wrong here."

They were also denied the right to see a US consulate official.

In the end the 6 were bought tickets by the Norwegian government and sent home, no charges were laid but documents were found on each man that were meant for the pilot regarding why they were deported.

Those documents are rather damning:

Begin Quote: Instructions for the airline pilot on each of the 'deported' passengers somehow ended up in the passenger's belongings.

A U.S. Customs official removed the documents from Kondash's property, noting that the two pages of instructions for the pilot stated, 'Do not give to any unauthorized personnel'.
"Well you can't have these," the official told Kondash.
As it turns out though, the six passengers were checked by different Customs agents upon returning to Seattle, and all were not as thorough as the one who checked Kondash. Three sets of those same documents were left in the possession of the Americans.
The information regarding the six Americans was essentially the same. It is a two page set of instructions, and on the second page is a series of boxes describing the reason a person is being deported. In the case of the six bikers, they each had four boxes checked.

These are the four boxes checked under the category 'Unescorted deportees (depu) svg-osl-nyc'
He was deported to Norway according to the Chicago Treaty.
He was expelled due to lack of residence permit.
Not convicted of a crime in this country.
The police consider this person to be stable, and that he poses no threat to himself or others.

Those are the descriptions of six Americans who were allowed to fly all the way to Norway in good faith, and rejected at the airport gate. End Quote


What a way to spend your 5 day holiday....What are your thoughts on this topic? I would LOVE to know.

Now on to the article I promised you yesterday - the review of Pat Savage's new Album, Wind & Fire:

Pat Savage goes back to his roots with his new CD – Wind & Fire.

I have known Pat Savage for about 10 years now. I have heard him sing rock, progressive and blues and while he is good at them all, by far, my favorite is when Pat sings the blues.

The blues conjures up images of smoke filled bars, fine old whiskey and scotch, BB King, T Bone Walker, Freddie King and other great blues legends and Pat deserves to be right there as one of the great blues guitar pickers. 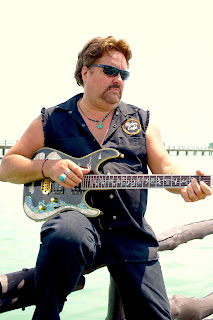 When it comes to vocals, Blues is not only his roots, but is his strongest genre where his talent shines it’s brightest.

And when Pat picks a guitar, regardless of the genre, the cords are strong and crisp, his guitar picking moves you, and your body just can’t help itself. His music moves you right along with the wind he sings of and the roads he rides.

My favorite tracks on this album are:

Harley Man – true blues, smoky, gravelly, foot tapping – the lyrics tell you the story of a man who loves his bike too much to put it outside in 40 below weather in spite of the offerings of his ol’ lady for certain special favors – every biker, Harley Rider or not can identify with the sentiments represented in this song.

Born to Ride – Hard kicking rock with an undertone of country blues, you can feel the partnership between rider and passenger, rider and wind…it’s a great tune that makes your toes start tapping. This is another track where the guitar picking is phenomenal.

John the Revelator- is an old school blues song, it’s smoky, husky and is reminiscent of many old time southern Baptist worship songs, the visuals this song conjures up are of robes, beards and bikes, an odd juxtaposition that works incredibly well.
Bonnie Anderson who does some of the lead vocals in this song has such a powerful and dusky voice and is the perfect foil to Pat’s gravelly, raw sound.

Ridin Hard, Livin Free is a real hard rocking tune perfect for pounding down the road, the hard driving beat not unlike the beat of your machine’s heart as it spirits you down to road.

I love the guitar picking in El Diablo. Spanish flavored rock that makes you think of cowboys of old, bandits on the run and the fight between good and evil.

Pat Savage is a dyed in the wool Harley-Davidson fan, and although he references his machine of choice a lot in his music, every rider can relate to his tales of why he loves to be on the road, riding, wind in his face…

While no words/lyrics in the world can express why a rider loves to ride, the music can and in many of his tracks you can feel the expression of the wind as it takes flight and leads you down the road to the next adventure and that is what music should do, like your bike, it should move your soul.

There is something to appeal to most everyone on this album, but by far my favorites are the blues – the genre best suited to Pat’s gravelly voice and incredible talent with his guitar.

Don’t take my word for it though, check out Pat’s Album – Wind & Fire, which is available for sale at:
http://www.savageroads.com/wind-fire/

In Other News:
In London Ontario - the police claim that the Outlaws have moved into a club house 4 blocks away from the Hells Angels causing fear in the community, however - that might not be the case...

In the US - S & S is grateful for the financial aide they got from the government.

There are other articles in the news feeds that may be of interest to you - read them at www.beltdrivebetty.com where we sift through the news so you don't have to.

I leave you with a couple of funnies from around the net that have tickled my funny bone... 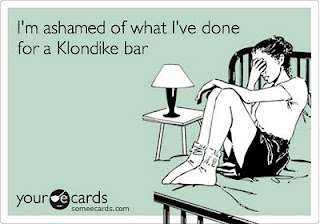 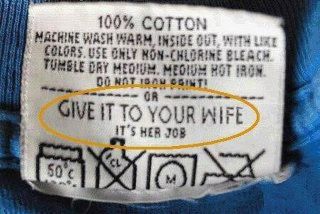 I hope you have a fabulous Tuesday and if you are lucky enough to be riding, please ride safely.