I AM SOOOO In love! (And I think any true gear head will be too!)

0 Community, Riding Gear 7:15 AM
A+ A-
Print Email
An odd title for a blog post done by a crusty, rough around the edges old broad who loves motorcycles?
NOT AT ALL!

In another lifetime, many, many years ago, I wanted to be a jet engine tech. I had completed my medical, my physical and my exams for entrance to the Canadian Armed Forces when I was 19 and I waited.
In the meantime - between working as a waitress, modelling and working in a service station (I was working on my gas engine apprenticeship), I could be found down at the Old Edmonton International (Northern Lights) Race Track in the west end - powder puff racing. That's where I met my ex husband, Doug Rose of the Green Mamba Jet Car fame. The day I was boarding a plane to a new life in California to apprentice on jet engines, I got my call for boot camp.

At 21 years old, I got the opportunity to attend Bonneville and like many a gear head I fell in love with the pure raw speed and power of it all, the smells, the excitement, the fear, the disappointments and frustrations and laughter - I LOVED IT ALL.

Over the 5 years that I travelled the Jet Car Circuit first as a crew member and then as a crew chief, I had the opportunity to meet men like Ky Michaelson - the Rocket Man and Craig Breedlove of Spirit of America fame and men like Slam'n Sammy Miller.

While I enjoyed learning on internal combustion gas engines, I loved JET POWER and Rocket Power. PROPULSION-THRUST - the stuff fascinated me, still does.

Working with exotic metals like titanium and inconel... the plumbing of lines to feed hydraulics, fuel and air, the blending and balancing of stator blades and the tuning of ignitor boxes, the hammering and bashing to create afterburners and bishop's cones...yes, many of these are probably antiquated terms by today's standards, but in my day - this was the way to my heart....this was the talk of speed.

I remember being fascinated by the propulsion and the volatility of rocket fuel and weighing the pros and cons of jet cars over rocket cars and the wild discussions that took place in the Propulsion Enterprises Race Car Shop in Tarzana CA over things like frame designs and down force.
Watching, learning, doing - taking in every little bit of knowledge that I could glean from others.

I remember the hours, night after day after night - working side by side in the race car shop with men like Jerry Segal, George Hedebeck - the names Arfons, Sibley, Motz, Shockley, Sample, Eierdam, Hendricks,  Knuth, Ivo - some of the greatest of the greats in Jet Car Racing - these names, names I idolized, these became the names of friends & rivals.

Yes - I am in love this morning with a motorcycle that captivated my imagination and brought forth things, memories - experiences that I had not thought of in years. I can't describe how fast all of these old well loved memories came to the surface for me the minute I laid eyes on this beautiful beast.

Man 2013 is going to be a year to be at the Salt Flats - history is no doubt going to be made one way or the other...seriously, this is THE YEAR to go to Bonneville and take it all in, as on top of this magnificent jet motorcycle going for a record so too will Craig Breedlove go for yet another streamliner world record as well in 2013!

There are lots of interesting articles in the news feeds this morning - check them out at www.beltdrivebetty.com where we sift through the news so you don't have to!

We are offering, for the next two weeks, the opportunity to get a 2012 Calendar - the Kidz, the Ladies or the Man's - we have had comments from some who wanted calendars but missed the first deadline and have been hoping we'd bring them back so we have.

This is slated to be another very busy day so I had best bust a move and quit daydreaming about Bonneville!

I leave you with a few funnies shared with me by friends either in emails or on Facebook...laughter is the music of the soul! 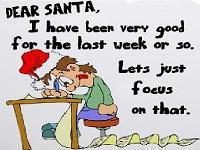 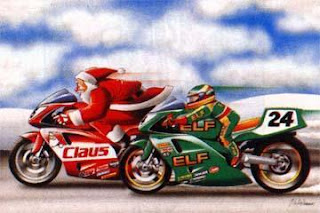 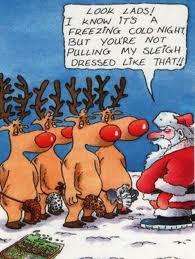 Have a fabulous, incredible HUMP DAY...