Should Alberta Take Back Driver Testing??

Did you know that here in Alberta we pay two to sometimes four times more for road tests than any other province?  It is privatized right now, but the province is considering taking it back.

Makes a person wonder how the fees are allocated. It's obvious that some of it goes to the examiner, and helps to pay for insurances that protect the tester and the testee.

Information gathered from one registry in Southern Alberta says that the Road Test is 90.00, and then you also have to pay an additional 22.45 for the license, then you will be a Class 5 GDL Driver.  Once you are ready to graduate out of the GDL program the test is 150.00 and then 22.45 for the license.  That's a total of 285.00 for testing and licensing, and that's if you pass on your first go around-and that rarely happens.

It gets expensive for a person who has teenagers who do not pass on their first try, leaving them to  wonder why does it have to be so expensive. Maybe there should be a lower fee for a second and third try. Is this a money grab, it sure seems like it.

With the privatization of Driver Licensing comes other issues that have nothing to do with money.  With there being no video recorders, there have been complaints of improper behavior during tests such as improper scoring, unsavory customer service and even sexual harassment.  If that's the case, having a video recorder in the vehicle during testing should be mandatory. And a "Permission Slip" should be signed by test takers over 18 years old and by the guardians of those under 18 years of age. We shouldn't look at that as an invasion of privacy, but as a means of protecting ourselves and our children should anything happen that we don't want to.

Perhaps things will be different if and when the province takes back Driver Testing making it less expensive and safer for those taking the tests. 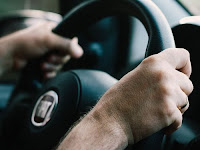 As an Albertan what are your thoughts????

For more information on this topic click the link below
https://globalnews.ca/news/4326425/alberta-driver-road-tests-licence/
Posted by Belt Drive
Share to: