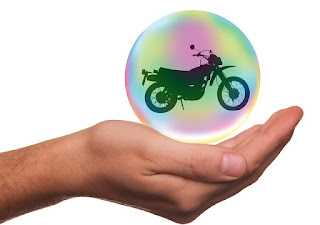 After plateauing in 2015-16, the number of registered motorcycles in Alberta has been declining every year since.  Why?

While some might point to the increasing cost to operate a bike, like the rising cost of insurance and registration, others point to the deteriorating safety situation on Alberta roads.
But what has changed with regard to safety riding a motorcycle?
Lowering speed limits cause an increased safety risk for motorcyclists you ask?  Yes, lower speed limits within municipalities actually make riding more difficult and dangerous for motorcyclists.
Ask anyone who rides motorcycles what the biggest safety issue is and most riders will say “Cars just don’t see me”.  While some municipalities and other organizations have responded by launching awareness marketing campaigns to watch out for motorcycles each spring, do those campaigns actually make a difference? Lets face it most people who ride will not be wearing a bright yellow safety vest, so what other solutions are there to make it safer on the roads for motorcycles?
Some proposed solutions that have been suggested include:
What do you think?  What action can be taken to make motorcycling more safe and increase ridership in Alberta?