0 International News, Law & Politics, Queensland 8:15 AM
A+ A-
Print Email
That's right, the Queensland government say they are looking to humiliate and degrade 1% criminals because they are bullies and they feel that emulating some American prisons is the right way to go.

According to the article Attorney-General Jarrod Bleijie had been threatened by biker gangs since the laws were passed, but did not elaborate.

Under the new laws in Queensland which Victoria is now looking to adopt, 15 Clubs have been deemed as criminal organizations members face an additional 15 years to any prison term while authorities will have the power to destroy motorcycles.

In another article, mainstream riding clubs in Australia are fearful.
Begin Quote: Mr Katter (state member for Mount Isa) said the bill was rushed through Parliament and he was disappointed an amendment to protect the rights of social clubs for motorcyclists was not passed. End Quote

In other news, the first shots of what is believed to be the new Triumph 250cc have been revealed.

BearTek is launching a new line of  technology winter and sports gloves.
Begin Quote: By integrating Bluetooth and Wi-Fi capabilities and other wireless technologies into the gloves, wearers are given instant connectivity in the glove fingertips to control their phone, music and other media devices like GoPro cameras without physically touching them. End Quote

In California, the Love Ride has concluded but tally information on number of bikes and total donations will not be available until later today.

In Ireland a new motorcycle touring company is getting set to kick off - RetroVentures will let you hire a Royal Enfield or a Triumph motorcycle so that you can tour the Wild Atlantic Way when it is kicked off next season.

And in the US, the cause and names of those involved in the 3 vehicle, 5 death crash have been revealed.

This whole situation in Queensland has caused me to take Australia off my bucket list for a while.
The knee jerk reaction laws that have been passed there are a little too scary for even a female rider to contemplate.  Why? If you are seen with a 1% er and you talk to them, you can be labelled an associate and you could find yourself in jail.  The way I like to talk to anyone, yeah, I am pretty sure my arse would land up in a cell so for the time being and until cooler heads prevail, Australia will be replaced on my bucket list by Greece.

I leave you with a few funnies, shared with me by friends on Facebook and via email: 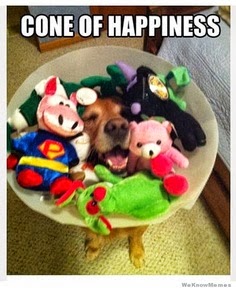 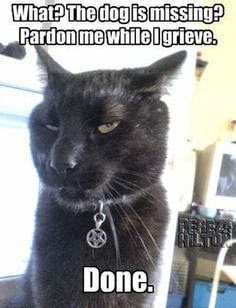 If you are blessed enough to be riding today, please ride like everyone around you is blind and can not see you and dress for the slide, not the ride.