War in Australia? Things are heating up on all fronts.

0 In the News, Law & Politics 5:21 AM
A+ A-
Print Email
The battle against the bikies in Queensland Australia is going to create a backlash. It has to.

The tough new laws in Queensland are said to be forcing bikies to leave their clubs.

In my humble opinion that can only mean one thing - WAR.

The police have reportedly asked for more and bigger weapons as well as more and better armour as they fear reprisal.

Officers who have expressed their concerns over the new laws have been told that they should rethink their involvement with the force.  Begin Quote:
"If people aren't prepared to do that, to step up in times when the going gets tough, then they really do need to consider another career or another line of employment."

Overnight it was reported that front line police were being threatened with the sack if they failed to enforce the State Government's new bikie laws. End Quote
They have also been told how to protect themselves and their families.

Police officers are complaining that resources are being stretched too thin already.


The police have begun a campaign of terror against tattoo parlour owners, as bikies are not permitted to own or work in them any longer.

The daughter of a former head of the Queensland Bandidos says her tattoo shop is being unfairly targeted because police think her dad has something to do with her shop.  He "retired" from the Bandidos in light of the new laws and has an office in the back of her shop.
She claims that her father has NO interests in her shop beyond having an office there and that police have had her shop under surveillance and have searched her car.

She says that no club members visit her shop and that she herself is not a club member. She says it's not only hurting her business but other businesses around hers.

I get the fact that the police are going to monitor places like hers, but I wonder at the tactics and what the backlash will be.

There have been numerous reports of innocents being arrested and then released like one man who was wearing an SOA shirt that police mistakenly thought meant he was a bikie - he was released once they realized he was only a fan of a TV show. Another man was arrested as an associate because he attended a charity run hosted by Odins Warriors.  Another man claimed to have been stopped 11 times in 11 days.

THESE LAWS ARE ONLY A WEEK OLD!

These new laws have created a situation that is going to become untenable and soon.

I have an issue with knee jerk laws that are not well thought out and are rushed through for approval like the laws in Queensland Australia were. At some point there needs to be good sense exercised, some devil's advocacy used.

Innocents are going to get caught up in this war against bikies, their civil liberties will be trod on - and then what?

I'd dearly love to know your thoughts on this subject.
Join us on Facebook, Linked In, Twitter, Google+ or right here for some discussion on the ramifications of these new laws and what could or should be done differently.

A number of military supporters from Canada will taking part in the Battlefield Ride 2014, when they will cycle 400KM's through various battlefields in Europe in support of Wounded Warriors.

BMW is planning on taking the Milan Motorcycle Show by storm with two new models and a new scooter.

The FIM has announced the newest member of the Women in Motorcycling Commission.

An Indonesian motorcyclist, riding alone,  is working on completing an around the world journey for peace.

Our newspaper, the Busted Knuckle Chronicles is Canada's only weekly newspaper for motorcyclists - get your subscription today.  You can get it free by becoming a member of the Canadian Riders Support Network or for a small fee by subscribing.

I leave you with a few funnies shared with me by friends on Facebook and via email: 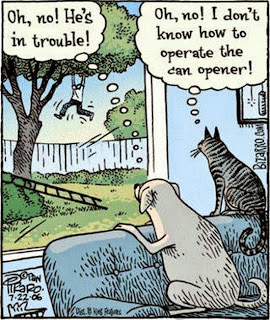 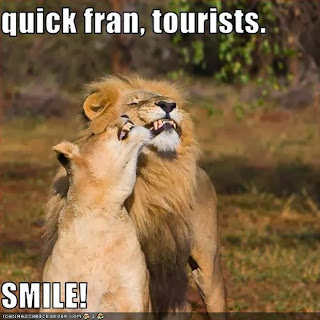 If you are blessed enough to be riding today, please ride like everyone around you is blind and can not see you and remember to dress for the slide, not the ride.