There is sad news out of Whistler BC today, a rider was crush by a load of logs that came off of a logging truck that lost control.  My heart goes out to the 65 yeard old West Vancouver man's family and friends.

And more sad news, this time out of Pennsylvania as 5 people died when 2 motorcycles crashed head on into an SUV killing the 4 riders and the driver of the SUV.

Newcastle Harley-Davidson and Geordie Harley Owners Group Chapter fundraising push for the Elderberries programme got an extra push from The Duchess of Northumberland who rode in on a Harley.

The 30th Annual LOVE Ride is set to go on October 20th.

In Australia they are asking themselves what the Mongols take over of the Finks means for the 1% scene.

In sports, Tom Sykes has won the 2013 World Superbike championship at Jerez and JORGE Lorenzo has won the Australian Motorcycle Grand Prix, after championship leader Marc Marquez was disqualified.

It's going to be a wild and wooley time in Australia with the new laws in Queesland and now the Mongols moving in. Not sure I would want to be a rider there.  The reports from some regular every day riders about police stops and harrassment have been un nerving.

What do you think is going to happen there? I'd love to hear your thoughts on the matter...join us on Facbook, Twitter, Linked In, Google+ or right here in this blog to share some dialogue.

I leave you now with a few funnies, shared with me by friends on Facebook and via email: 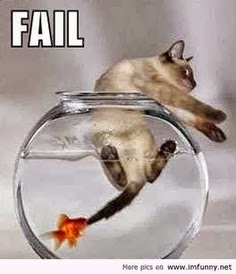 If you are fortunate enough to be riding today, please ride like everyone around you is blind and can not see you and remember to dress for the slide, not the ride.