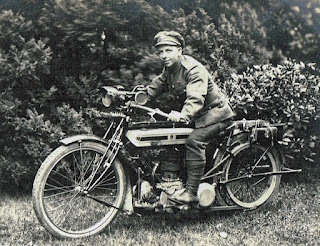 Throughout its brief 155-year history, Canada has participated in many wars and conflicts across the globe. From 1867 to the modern day, hundreds of thousands of brave Canadian military personnel died defending Canada’s sovereignty or serving other nations threatened by invaders. Though the sacrifice and service of the men and women who served in Canada’s military are honored by millions every day, whether in grand gestures or quiet moments of respect, there are holidays observed in Canada dedicated to remembering the fallen. Two of these holidays are Indigenous Veterans Day and Remembrance Day.

When you read the names engraved in stone or metal at memorial sites, graveyards, and military museums, you likely assume that these names belonged to members of the infantry, navy, and air force. Most of the fallen Canadian military personnel whose names have long since been immortalized fell while engaging the enemy on the front lines. However, there are plenty of unsung heroes whose actions played a crucial role in maintaining communication among different branches of the Canadian military. Would you believe that these unsung heroes were Canadian motorcycle riders? They were known as despatch riders.

Despatch riders, or motorcycle couriers, were military messengers first utilized during World War I and continued to be in service during World War II. Though some despatch riders rode on horses, many preferred to travel via motorcycle. They were responsible for carrying important messages, urgent orders, confidential packages, and detailed instructions between and to the military higher-ups and their subordinates. Occasionally, they would also be required to transport carrier pigeons partway. Due to despatch rider motorcycles being able to handle all types of terrain, they also were handy in performing reconnaissance, spying, and reporting on enemy movements and positions. Despatch riders were essential since long-range communications were not as reliable or secure during the early 1900s, ensuring messages were hand-delivered and could not be easily intercepted.

Just like any member of the Canadian military, becoming a despatch rider required going through a rigorous training process. Despatch riders had to learn how to ride a motorcycle, perform quick maneuvers on training courses, navigate and map out multiple routes, apply repairs if necessary, and travel across rough terrain for extended periods. While despatch riders were not suited for intense combat, their job was still as dangerous as any soldier’s since they risked being shot or captured while traveling along or to the frontlines. Many Canadian despatch riders met such fates in Europe during both World Wars.

Indigenous Veterans Day, or Aboriginal Veterans Day, was first celebrated in 1994 and has always been celebrated on November 8th. This Canadian holiday celebrates the sacrifice and service of Aboriginal Canadians who protected Canada and its allies, especially during World War I, World War II, and the Korean War. Many of the indigenous veterans that are honored include members of the First Nations, the Inuit, and the Métis.

During World War I, many able-bodied Aboriginal Canadians wanted to join the war effort. However, years of suffering in poverty and being exposed to diseases on the reserves made it difficult for many of them to pass medical examinations. The few hundreds who were allowed to head over to the trenches in Europe died either in combat or succumbed to diseases. When World War II began, a little more than 3,000 indigenous soldiers from Canada took part in the defense of Canada and the European nations under siege by German forces.

Unfortunately, despite their contributions, Aboriginal Canadians were not treated as part of the honored fallen on Remembrance Day. Thus, Indigenous Veterans Day was founded as a separate holiday in defiance of the Indian Act that prevented indigenous people from being allowed to place wreaths on the National War Memorial. Aboriginal Canadian veterans were finally given the recognition they deserved in 1995.

Remembrance Day was first celebrated in 1931 and has always been celebrated on November 11th. This Canadian holiday is a day meant to remember and show appreciation for all the men and women of the Canadian military, both past and present, who fought and served their country during times of war and peace.

Remembrance Day involves a moment of silence for the 2,300,000 Canadian soldiers who have served the nation throughout history and to remember the 118,000 fallen Canadian military personnel who died in the line of duty. Veterans and other individuals who celebrate this holiday wear a poppy, the symbol for this event.

Though an obscure part of Canadian military history, despatch riders shed no less blood and sweat than soldiers during many of the world’s most pivotal conflicts. They are just as deserving, if not more, of admiration for risking their lives on behalf of Canada. With Indigenous Veterans Day and Remembrance Day coming soon, these two holidays are the best occasions to show your appreciation for the memory of Canadian despatch riders.

On Indigenous Veterans Day, you can plan an exciting motorcycle trip visiting notable locations related to Aboriginal Canadians or despatch riders that served during World War I and II. As there are no previous tours, you would have to be responsible for planning the routes and locations you would visit, such as the Bény-Sur-Mer Canadian War Cemetary, Manitoba, and the National War Memorial. You also may want to consider customizing your motorcycle with aftermarket parts or luggage to be better suited for such a trip.

On Remembrance Day, you can witness the National Memorial Ride, a procession of motorcycles being ridden by military veterans and associated individuals to the Canadian National Military Cemetary in Ottawa. If you happen to be a family member or close friend of a member or veteran of the Canadian military, it is possible to ride along the ranks of the procession. If you want to learn more about other notable motorcycle events or routes, take time to read articles and blog posts.