The Ride to the Reynolds and the 1000 Motorcycles that came out! 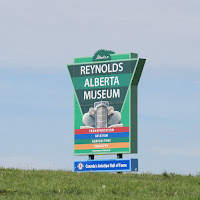 The Reynolds-Alberta Museum in Wetaskiwin Alberta hosted their first Ride to the Reynolds and based on its success I am positive a second one will be planned for the future. 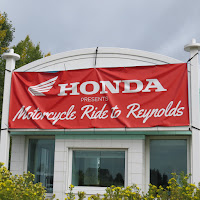 According to the people manning the gates, 1000 motorcycles came through! 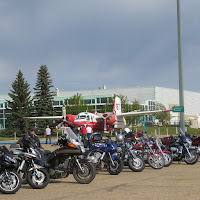 Honda Canada also had demo rides of their new models which meant that you got a great feel for how far technology has come on their motorcycles.

The rides were booked solid and many were disappointed to find out there were no more seats available.

Veer from Honda Canada said that next year they will have more bikes and more ride captains so that there would be less disappointment.

Those who got to test the new rides out all came back with grins on their faces and the comments were more than positive.

The rides in the parking lot were almost as impressive as the rides inside the museum and the diversity of rides and riders was equally incredible!

Inside the museum, Stan Reynolds' collection of cars, motorcycles and machinery is stellar. 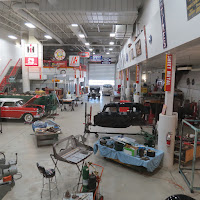 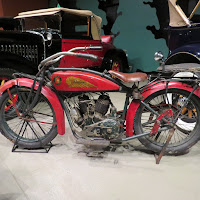 The variety of them boggles the mind especially when you realize that this museum only represents 4% of this amazing man's collection.

His foresight of the importance of these conveyances means that we all get the opportunity to see very rare and incredibly restored vehicles. 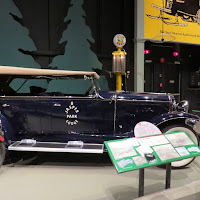 The restoration shop is visible to the public and you can gaze over the various vehicles as they are being worked on.

The Reynolds-Alberta Museum is a place that you can spend days, not just hours. I spent the whole day there and only got to see about 1/3 of the displays. I never got to go to the aviation building and only got to take in part of the White Glove Tour. 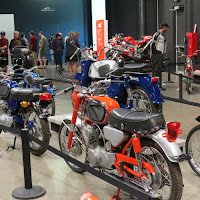 Although Cynthia Blackmore, the marketing manager of the Reynolds-Alberta Museum plans on another event in 2017, I encourage you not to wait until then to go take in this very impressive collection.

The Honda Canada display will be there until October. 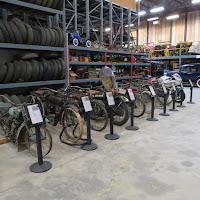 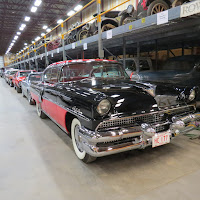 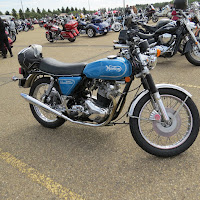 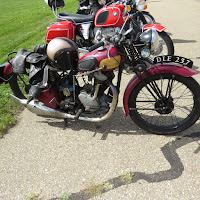