Ducati has been sold, Audi the proud new owner

0 In the News, Product Reviews 6:07 AM
A+ A-
Print Email
The motorcycle industry is all a buzz with the news that Ducati has been sold to Audi.

The Italian motorcycle company which was founded in 1926 and now employs some 1,100 people is a good fit for Audi according to their chairman, Rupert Stadler.

It looks like Ducati struck a win off the track!

Bathhurst NB is ready to crack down on noisy motorcycles and unlike last year where riders got warnings, this year they will not get off nearly as lucky.

New Hampshire's noise bill will become law shortly and will allow road side testing by police.

Now Calgary Alberta also has a new noise bylaw but have taken a different tact from most communities and are tackling ALL non commercial vehicle noise with the Noise Snare.

According to the article in Metro News, the city tested the Noise Snare which operates like photo radar but tracks sound as opposed to speed, last year and out "of 11,347 vehicles sampled over that time, only 15 produce noise that exceeded the 96-decibel threshold."

Different approaches are being used by various communities but at the end of the day, I like Calgary's approach - go after ALL NOISE VIOLATORS - booming stereos, loud and obnoxious diesel trucks, cars and yes motorcycles - if your vehicle is too loud - it's too loud...

At the end of the day, the minority always seems to wreck it for the majority - in the case of those communities that have adopted the discriminatory Motorcycle ONLY roadside tests and have bought in to the MIC and MMIC testing methodologies, I think that every riding community will be watching Calgary and if the technology appears to be as sound as it looks, there WILL BE a HUGE push back and a great case for discrimination.

Most of the communities that have bought into the J2825, were introduced to the Noise Snare around the same time as Luc Fournier was going around touting the J2825. These same communities have pushed the J2825 saying there is no technology to target all noise offenders - they are wrong and in many cases appear to NOT be telling their constituents the truth and reportedly, the police services are largely responsible for the mentality that the J2825 is the right way to go. I wonder why that would be?

So - the question of the day is - which form of catching the offenders would you rather see? One that is labor intensive and discriminatory like the J2825 that the MIC and MMIC have been selling to various communities or the Noise Snare, low overhead, no police involvement, no discrimination?

Do you want to win tickets to the Eric Church Concert at the Buffalo Chip in Sturgis this year?
Well - guess what Russ Brown - Motorcycle Attorney has given us 2 sets of 2 tickets to give away!  We aren't quite sure what contests we will run to give them away yet so stay tuned...

In Manitoba, a Hells Angels Prospect is challenging the Peace Bond that some friends and family have had placed on them.

In the Electric motorcycle world, Brammo leaps ahead of Zero...

There is a ton of news in the feeds today - I invite you to visit www.beltdrivebetty.com and see what might affect your life as a rider...

Have a fabulous Thursday - I hope that those who subscribe to the Busted Knuckle Chronicles, Canada's Rider Powered News, are enjoying the paper - it's been almost a year since I have done the layout and have gone back to the page format so many have asked for...let me know your thoughts folks!

Hopefully I will be on the road home later today, after a bout of the flu, I am finally feeling well enough to start the journey home!

I leave you with a few funnies, shared with me by friends through Facebook and email. 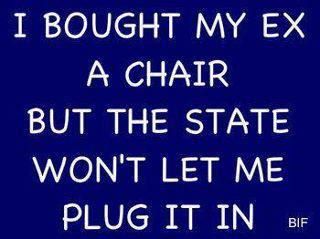 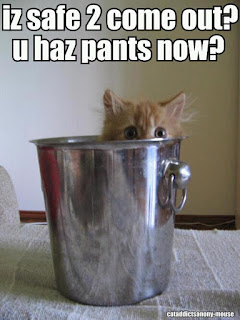 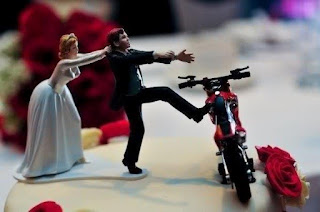 Have a Happy Thursday!
Belt Drive Betty
Editor &a Rider