0 Law & Politics 7:32 AM
A+ A-
Print Email
Apparently the lawyer for two dozen family members of murdered and missing women - Cameron Ward has accused the Vancouver Deputy Chief - Doug LePard of hiding the fact that the Hells Angels were under investigation for their attendance at Picton's property and the police did not make the information public because they did not want to appear to be bungling the case...

Begin Quote:
The inquiry has already heard that a property separate from the Pickton family's farm, called Piggy's Palace, was well known as a partying place for members of the biker gang.

"You deliberately did not mentioned the Hells Angels by name to avoid the difficult questions that would surly ensue that the families and members of the public might have," Ward asked LePard.

"How in the world, if the Hells Angels were active on the Pickton properties and they were being monitored, (did) the police miss it?"

LePard, who wrote a report on the missing women's investigation concluding police made many mistakes, denied he excluded any evidence about police investigations into the Hells Angels on the Pickton properties. End Quote

According to testimony by Gary Bass, the former RCMP deputy commissioner in BC, many police operations were focused on the Hells Angels in the Lower Mainland at the time.

I for one am getting sick of the RCMP and the way they purposely avoid answering questions and who appear to be covering up their wrong doings at every corner.

Begin Quote:
Ward suggested the women were taken to parties at Piggy's Palace, given drugs and later killed on the Pickton farm.

"The RCMP's organized crime agency was simultaneously conducting intelligence operations on the Hells Angels members and the associates who were frequenting the area. Does that sound accurate?" Ward asked.

"I've never seen any reports or had any briefings that indicated something like that was happening," Bass replied.

But the records created by the many RCMP agencies investigating the gang haven't been made available, Ward said.

Bass agreed that would be the way to confirm the claim.

"I suggest none of those records that may have indicated what was happening in that neighbourhood of Port Coquitlam ... have been produced to this inquiry have they?" Ward asked.

"I'm not aware of any," Bass replied.

"The RCMP was ... focused on addressing that organization's trafficking of illegal narcotics and trying to stop it wasn't it?" END QUOTE

I get that these people are just human beings, but the positions they signed on for come with the expectation that they will be held to a higher standard and will lead by example.
SO.... If you made a mistake - ADMIT IT.

It's no wonder so many of the youth of today appear to have little or no respect - how can they?

In another case - unrelated to the motorcycle community - and RCMP officer who has been convicted of horrible conduct towards female counterparts is not being fired from the RCMP.

HOW SWEET IS THAT FOLKS?

WHAT IS GOING ON IN THIS COUNTRY?

Our Prime Minister wants to get tough on crime - perhaps he needs to start with the people who are supposed to uphold the law? Is he scared that there won't be enough police officers to do the job so he is happy to have warm bodies that give the appearance of having enough cops?
(I do realize there are good cops out there.)

Seriously - we are not talking young cops or cops who have only been on the force for a few years - these are seasoned cops we are talking about - what the hell are they teaching those moving up in the ranks?  No wonder there are so many police officers under scrutiny right now - the picture that is being painted, news article after news article is a very, very scary one.

In other news, Merritt BC is mourning the death of the Merritt Mountain Music Festival, the article goes on to say that ticket sales are slow for the Great Canadian Bike Rally. Read the article to find out why....

Under the Travel Tab on the home page of www.beltdrivebetty.com there are many articles of interest regarding upcoming motorcycle events including the upcoming Hells Angels Run taking place in Saskatoon.

Under the Law Tab is, amongst the other articles -  an article on Michigan getting rid of their helmet law.

Under the Sports Tab, there is an article about the first World Trails Championship to take place in Australia...

Under the Lifestyles Tab there is an article on the new Triumph - Steve McQueen clothing line I thought people might find interesting - there are many other lifestyles article to read as well.

Under the Manufacturers Tab, there is among the other stories, on Carl Fogarty's 1998 Ducati 996 being listed for sale.

Thankfully nothing under the Rider Down Tab yet today...

Under the General News Tab, H-D has a new mid control kit for Night Rods available, there is a reminder about Ride to Work Day, News from BCCOM and more that will help bring you up to speed.  Visit www.beltdrivebetty.com where our work is keeping YOU informed!

I leave you with a few funnies, shared with me by friends on Facebook and via email. 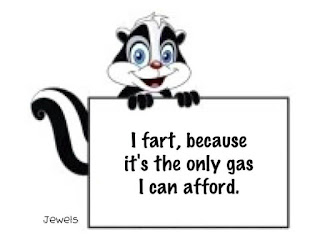 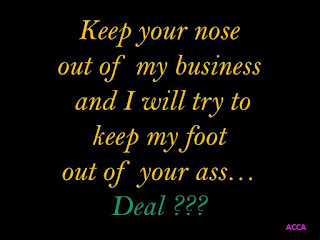 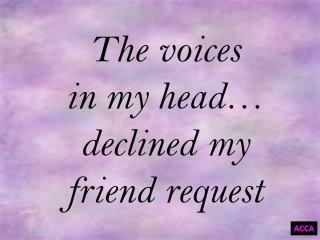 Have a fabulous Thursday and for those reading the Busted Knuckle, hope you enjoyed your National Newspaper...