Texting and driving, he kills a rider and our justice system let's him go free.

4 Canadian Riders, Law & Politics, riding community 5:40 AM
A+ A-
Print Email
I am in shock, I feel sick to my stomach - what the HE double Hockey Sticks is wrong with our justice system?

What is the point of putting a law in the books if it has no teeth?

We have distracted driving laws that have NO TEETH.

If people can get off scott free AFTER they have admitted to texting an driving - then what is the point to the law?

Begin Quote:
The officer who worked on the case, OPP Const. Trina Gosse, she she was also disappointed with the verdict.

“It is troubling when you see so many people injured,” Gosse said. “The deceased’s daughter was crying pretty hard.”

She noted that even Rogers admitted he had been using his cellphone while driving that day, however the judge could not find beyond reasonable doubt that he was using it at the time of the crash.

Gosse said this was her first case involving an alleged texting while driving causing death.

“But sadly, it is not all that uncommon," she said. End Quote

It is my firm hope that there will be an appeal.

The OCC - Ontario Confederation of Clubs does not appear to be on the rampage about this verdict, but from my personal experience with them -they appear to focus more on 1% issues than ALL rider's rights issues.

Regardless I would have thought that they would be outraged and sitting on the steps of their provincial legislature asking for the judge's decision to be reviewed or for a retrial.
I would have thought we'd see a statement or a press release, but nothing anywhere that I could find.

We NEED a national riders rights organization - a watch dog - someone to protect our rights as citizens and human beings.

Just because this happened in Ontario does not mean riders from other provinces can't have an impact.

The more we flood the Attorney General's office with letters of outrage - the more likely a review of the case will take place.  PLEASE - take 5 minutes and DO SOMETHING....

So - how can we, Joe Q Citizen have any impact on this particular injustice?

Write to the Attorney General of Ontario:

UPDATE - here is my letter to the Attorney General:

The Justice system failed motorcyclists and all victims of distracted driving yesterday with the ruling by Justice Cory Gilmore in the case of Michael Rogers, a 24 year old who was, by his own admission texting and driving, crossed the centre line and killed one rider and injured 3 others.

According to the article in the Barrie Examiner today:
Crown attorney Dave Russell argued that Rogers was looking at a text message on his cellphone as he swerved out of his lane into the path of the riders.

Defence lawyer Lydia Riva argued Rogers committed no crime, but rather the tragic incident was a “moment of inattention,” and not an act of dangerous driving as defined by the Criminal Code. End Quote


Distracted driving is an offence and according to a Ministry of Transport statement on their website: http://www.mto.gov.on.ca/english/safety/distracted-driving/index.shtml
There is a ban on hand held cellular device use while driving in Ontario.

Would you please explain how using a hand held cellular device to read a text is not distracted driving, which is also dangerous driving?
Why was it is not considered Dangerous Driving causing death and causing bodily harm in this case?
If the person had been drinking it would be, would it not?
If the person had been stoned it would be would it not?

Why is this case any different?

What can be done to force an appeal?

I am a moto journalist who travels by motorcycle in Ontario usually once per year. I will be sharing your response with the riding community of Canada. Thank you


There is a lot going on in the news today - please check it out at www.beltdrivebetty.com where our work is keeping You informed!
I leave you with a few funnies shared with me by friends on Facebook and via Email - after the crap in the news - I need a laugh: 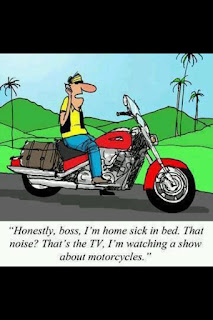 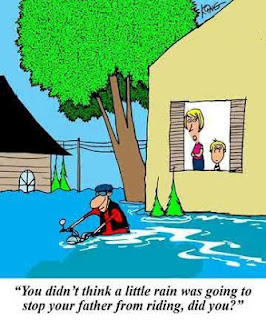 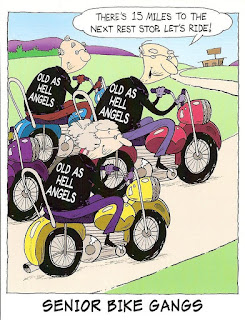 Have a great weekend everyone