If they can do it to them...who is next?

The news out of Manitoba today has me questioning law enforcement in this country in a way I never have before.

I am all for putting criminals behind bars and making our communities as safe as can be. HOWEVER, I am NOT for SWEEPING DISCRIMINATION.

The article in the Winnipeg Free Press has me concerned on a number of levels.
Here's why - Begin Quote: The Free Press has uncovered details of a campaign being waged in the courts following a recent undercover sting that dealt a serious blow to the Hells Angels. At least seven members and associates have been arrested in recent weeks, despite no evidence they have committed crimes. More arrests are expected. END QUOTE

The article goes on to say that "The remaining few members and associates who weren't snared by the criminal investigation, including Sweeney's brother, Rod, are being caught in the peace-bond net. The result is that almost every person linked to the Manitoba Hells Angels is either in custody or barred from having contact with any other member or associate."

So, a brother - a BLOOD brother, who has no criminal record is now not allowed to associate with his brother because his brother is a Hells Angel, if he does it's do not pass go, go straight to jail...

I wonder if the RCMP are going to enforce this law on the Boy Scouts of Canada?
What about the Roman Catholic Church?

Think about it folks - the definition of a criminal organization in Canada is:
(From the Edmonton Police Services Web Site)

As stated in the Criminal Code, section 467.1(1), a "criminal organization" means a group, however organized, that
It does not include a group of persons that forms randomly for the immediate commission of a single offence.
End quote
Repeatedly the Catholic Church has hidden and protected priests whose conduct has been horrifying. In most of the cases I have read of, the arch bishops, the cardinals and in many cases the pope has known of the offences. That takes care of requirement A - ergo, they, by definition are a criminal organization.

The financial benefit to the Church in the many scandals that have taken place with regards to sexual assaults and abuse of minors was not having to pay compensation to victims and continuing to collect donations etc., because the crimes were covered up.
That takes care of requirement B.
Ergo, the Roman Catholic Church COULD be labelled a criminal organization.

The exact same thing can be said of the Boy Scouts of Canada...more than three people have covered things up which is a crime and financial compensation was had as the hiding of the information on sexual predators in their midst allowed them to continue fundraising etc...and again protected their financial interests by avoiding paying compensation.

The Liberal Party of Canada and in the Province of Ontario have repeatedly "stolen" money from the Canadian Taxpayer - the Sponsorship Scandal and the Ornge fiasco come to mind.

Again, there were more than three people who conspired and financial gain was had...

So, if there are wrong doers in your midst and you belong to an organization, if it is the will of the RCMP, your organization could be next in the witch hunts.

Yes I am being a facetious old bag - but I want you to really think about what the RCMP are doing and how morally wrong it is.

You have done no crime - or at least there is no PROOF of any crime and yet you can be arrested and detained if you associate with your family member and all because that family member is a member of the Hells Angels...

You may think I am a lunatic, off my rocker, off kilter and maybe I am.

I know one thing for certain, the RCMP in this country could also be held up as a criminal organization based on the legal definition. Every day across this country police officers lie, drink and drive, use excessive force, beat their wives and harass their female counter parts, kill people with tasers and then lie about their conduct...

Most of the time there are more than three people involved, most of the time there is some financial gain be it the fact that officers get paid suspensions and or the police service can avoid paying out damages and continue to collect taxpayers money in the form of salaries, equipment.

My question for the day is this...am I out to lunch on this topic or does something seriously stink?

In Sooke BC a wild crash sees one rider very lucky to be alive.

In Regina SK, the CMA wants to remind you of the group riding training course on Wednesday night.

In the US, A Marine's story has inspired riders to help out

There is a ton of information in the news feeds this morning, everything from who is appearing at the Buffalo Chip in Sturgis this year to some great sports news....check them out at:
www.beltdrivebetty.com

I leave you with a few funnies to start your day off...thanks to my bent and broken friends on Facebook for sharing their sense of humour with the rest of us! 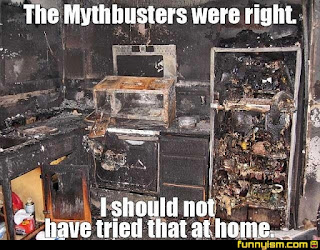 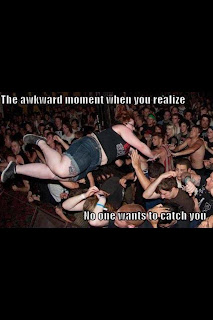 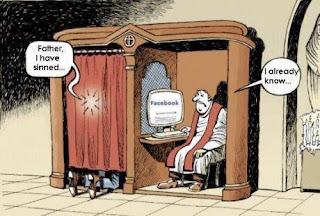 Have a fabulous Tuesday everyone!
Belt Drive Betty
Editor & Rider