Sad news out of Alberta - and being our own worst enemies

0 Community, In the News 12:46 PM
A+ A-
Print Email
A rider from Calgary died last night after a crash near Bragg Creek.  My heart goes out to this rider's family and loved ones.

As many of you know I was away to take part in the R 2 R (Ride to Remember the Holocaust), the Never Again Pledge on Parliament Hill, the Afghanistan Repatriation Memorial Commemoration and the Heroes Highway Ride.

These 4 amazing events have touched my heart in so many ways.

MY LIFE HAS FOREVER BEEN ALTERED BY THE THINGS I WITNESSED AND EXPERIENCED AND BECAUSE OF THE AMAZING PEOPLE I SHARED THESE EVENTS WITH!

But and there is always a BUT it seems...
You know me, I am seldom one to blow sunshine up anyone's arse and as amazing as these events were, they were all marred in some small way by some who had different agendas than the intent of the events and their coordinators.

In the case of the R 2 R, the Never Again Pledge and the Afghanistan Repatriation Memorial Commemoration, there was a faction of the Jewish community from the US that did not appear to get the significance of Jews and Christians working together to preserve Israel, to support Israel and to declare that Never Again should anyone experience a Holocaust OR Genocide.

In her radio broadcast on Monday, Joyce Kaufman spoke to the issue and let me tell you that lady does not mince her words.

She was very angry and disappointed over the conduct of the few Jewish Americans who behaved so badly. Joyce also spoke to the actions of a few Canadian motorcyclists that was rather disappointing.

Howard Galganov, the organizer of the 2012 R2R and the Never Again Pledge, is himself vocal about the agendas of the people in the Jewish community.

Begin Quote:
"Essentially – The event on Parliament Hill was an incredible success. And the event at CFB Trenton was an equally incredible success, even though Stein and Prager brought great shame upon the Jewish Community by reneging on their promises and commitment to CFB Trenton.
What will follow this editorial will be a series of stories written in several editorials describing the events, since they all deserve to be told in their entirety.

Never before what transpired with this R2R had I ever really understood how we, the Jewish people are our own worst enemies.

But I know now.

Very few people within the Jewish community would write what will be forthcoming, since we prefer to air our dirty laundry indoors. But, hiding the truth within our own cultural walls is how we have come to know so much misery in the past.

The next editorial will cover amongst other things how the Pledge of NEVER AGAIN on the HILL got started, to where SOME members of the JMA (USA) demanded that Christians be excluded from the R2R, even though the Christian Riders paid an enormous cost in distance, time and money to stand shoulder to shoulder with Jews in their commitment to NEVER AGAIN." End Quote

Follow Howard's blog and let him tell you what took place. Here is a link to his archives so you can read the three editorials on the situation and the ones that will be forthcoming: http://www.galganov.com/editorials/

There are lessons in his posts that I believe we can ALL learn from.

Now for a strictly motorcycle community issue - there was a situation regarding the HHR. Certain people with what I believe to be a personal agenda did their best to hurt the ride.  I am not going to get into the details as I refuse to give these people any kind of forum, but suffice it to say that their best was not good enough as the ride and day was a resounding and glorious success.

Many of you might ask so which was it Betty, were these events really amazing or were they tainted?

I say to you that these events, in spite of the actions of a few, were utterly fabulous.

When you are doing things from a place in your heart that is sincere, filled with integrity and general goodness, things always turn out for the best.

The biggest lesson I got from being an observer of the situations that took place is that GOOD does TRIUMPH.

The next lesson I learned was that my grandmother was right when she counselled me as a little girl that: "There is a little bit of good in the worst of us and a little bit of bad in the best of us."

That statement for me has an even deeper meaning about community. You see while I know I am a mix of good and not so good, that I am a creature of personal evolution and growth who is working on my shortcomings...I also realize that our community - the motorcycle community, is filled with good people and some not so good and others who are deeply misguided and or misinformed, unenlightened.

Like Joyce and Howard, I see we motorcyclists as our worst enemy in the way that they see Jewish people as their own worst enemies. Now before you jump down my throat and say not all of us - I KNOW THAT... and so do they.

Jews have been discriminated against for decades, bikers have faced the challenges of discrimination for some 70 or so years. The Holocaust happened some 70 years ago.
Soldiers have died, their families have paid such high prices - millions of Jews died in the Holocaust and their families paid a huge price.

There are interesting parallels here.

For those who chose to further their personal agendas be they of the community of Jew, Motorcyclist or both...I wonder why they were unable to see the significance of what was taking place in all 4 events and why they would not want to be full participants.

I wonder why they could not look at the bigger picture and do what was right.

I wonder why it is that ego always get in the way. Kind of like the Loud Pipes Issue - those few who abuse them are costing the rest of us to be penalized taking away one of the tools in our self defence strategy in the Urban Jungle.

In ALL communities, in all of man kind, there are those who attempt to ruin all of the good things in life - as the old saying goes...it only takes one rotten apple to ruin the entire barrel...


"All that is necessary for the triumph of evil is that good men do nothing." (Edmund Burke)


Good did triumph that day on Parliament Hill because good people did something, they ignored the actions of the few and continued on with what they knew in their hearts was the right thing to do and they looked upon those who had different agendas and prayed for them that they would become enlightened and see the bigger picture.

It did at CFB Trenton and it did for the HHR when a Silver Cross Mother made an emotional and passionate statement about what the ride meant to her.

As I move through this life and work at improving myself as a human being I am reminded that all we need to do to change our world is to change our thoughts - the rest all follows and flows from there.

Today my thoughts turn back to the magnificence, the joyfulness and the true meaning of brother and sisterhood and away from the sadness, confusion and disillusionment.

I wish you all an opportunity to feel as blessed and fortunate as I feel.
The lightness in my heart feels utterly fabulous!

Read about the Never Again Pledge in tomorrows Busted Knuckle Chronicles.
The coverage of the Heroes Highway Ride will happen the following Thursday!


Don't forget folks - if you are heading to Sturgis for the Black Hills Rally - we are giving away two tickets to see Eric Church at the Buffalo Chip - THESE ARE VIP TICKETS with tons of perks all courtesy of RUSS BROWN!!!!

All you have to do to win is submit a photo of your motorcycle when she is dirty - you know AFTER you have ridden her and BEFORE you bath her!

Check out www.beltdrivebetty.com for the news of the day and the contest information!

I leave you with a few funnies, shared with me by friends on Facebook and through Email... 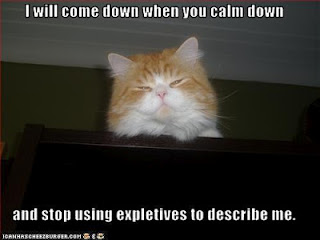 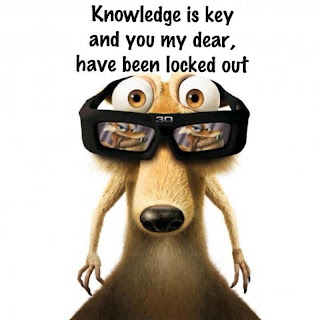 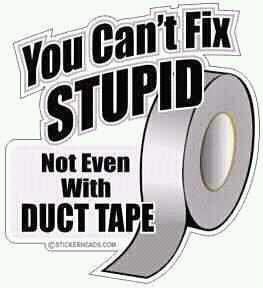