0 Law & Politics, Night Wolves MC, Putin, Russia 8:11 AM
A+ A-
Print Email
After the outstanding job that Russia did hosting the Olympics in Sochi, a friend on Facebook commented that he thought this was Russia's way of softening up what was to come next and he was right.

15,000 Russian troops are now in the Crimean Peninsula poised to "defend" the Russian speaking citizens and the Russian military base in Sevastopol in answer to the plea of the pro-Russian leader of Crimea, Sergey Aksyonov.

Depending on which report you read or watch, there have been take-over attempts at 2 airports and military personnel with no identifying insignias have been reported to be manning strategic locations. 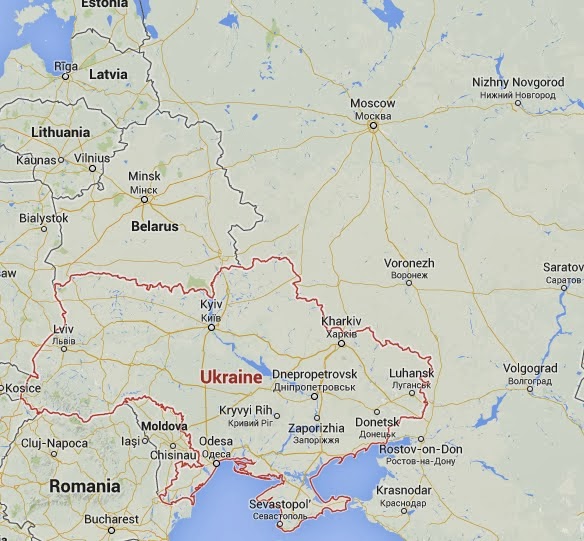 The ethnic tensions are mounting as the Ukraine begins mobilizing its army to defend its sovereignty.

From the Telegraph's article - Begin Quote:

On Saturday, the Night Wolves organized a mass ride from the northeast of Ukraine through the Russian speaking eastern regions to the Crimea.
They wanted to hand out supplies to pro-Russian militia forces there.
A member of the club's local chapter said: “We don’t want what happened in Kiev to happen here.


Nazis and bandits have seized power there. And if we have to fight, we’ll fight with everything we can get our hands on.” End Quote

Putin has a strong connection to the Night Wolves Motorcycle Club, so strong in fact that he was put on the blacklist of the Finnish government and barred from entering Finland by accident.

Formed during Perestroika in the 80's, the Night Wolves claim to reject all laws, written and unwritten, reject all political or religious movements and embrace rock 'n' roll and motorcycles.
Putin, a rider himself, lead the Night Wolves in to Novorossiysk for a motorcycle show back in 2011 and has reportedly been late for meetings because he was out riding with the club.

According to the article on Start.WestNet, Alexander "The Surgeon" Zaldostanov, the leader of the Night Wolves, was presented with an Order of Honour after the group helped restore a monument symbolic of Soviet war heroism in the southern city of Volgograd by Putin and in return, "The Surgeon" praised Putin for attempting to return Russia to its former greatness.

According to the article in the Telegraph, the Night Wolves rides and rallies have become a show of soft power in Eastern Europe.

After reading the articles in the Telegraph, StartWestNet and a few others, I have one question about the Russian leader...

I really wonder - how about you?

I pray for peace in the region and for cooler heads to prevail.