0 Azzkikr Customs, Custom Bike Building, Motorcycle Community, TV Show 5:21 AM
A+ A-
Print Email
Congratulations go out today with the formal announcement from the History Channel that Len Edmondson of Azzkikr Customs will now star in a TV Show called Biker Battleground Pheonix.

Len moved his shop from the lower mainland of BC to Phoenix Arizona because there was more demand for his work from American customers than there were from Canadians.

For him, it was the best move of his life, for Canadian riders it is our loss, but now we can cheer him and his team on as they go head to head with Paul Yaffe, John Shope, Kody NcNew and Brian Jenkins.

I have met 4 out of 5 of the custom builders that will appear on the show, and they are all super talented, so I for one will be tuning in to see who comes out on top! How about you?

Here is the Press Release from History: 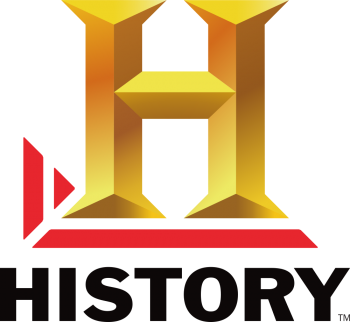 HISTORY GOES FULL THROTTLE IN NEW SERIES “BIKER BATTLEGROUND PHOENIX”
Biker Battleground Phoenix Premieres Tuesday, July 1 at 10 PM ET/PT
NEW YORK, NY – History is going inside the cutthroat world of custom bike building, giving viewers a never-before-seen look at how adrenaline, craftsmanship and rivalries determine who’s who among the country’s top custom bike builders, in the new series BIKER BATTLEGROUND PHOENIX premiering Tuesday, July 1 at 10 PM ET/PT. Following five of the most talented and ambitious bad boys of the custom bike business in Phoenix, Arizona, viewers will witness how the competitive rivalry between these shops are sometimes fueled by respect – and sometimes not –proving that skills and hard work doesn’t always pay off and sometimes scheming wins the prize.
In the desert city of Phoenix, Arizona lives a subculture unknown to many – the custom bike building capital of the world. A place where shop owners compete day and night for customers who are willing to pay upwards of $150,000 for a fully personalized Bagger motorcycle. Choppers and Cruisers are out and Baggers are in. In this dog-eat-dog world, design ideas are money and top custom bike shops compete around the clock, for both business and bragging rights. BIKER BATTLEGROUND PHOENIX follows five of the most determined and hungry shop owners, from the well-established ‘Godfather’ to the young up-and-comers. When passion and egos collide in this world, the explosion is heard throughout the city.
Meet the bikers of BIKER BATTLEGROUND PHOENIX:
PAUL YAFFE - Yaffe Originals/Bagger Nation: Considered the ‘Godfather’ of the group, Yaffe is the founder of Yaffe Originals and Bagger Nation custom motorcycle shops. The first in the bagger game in Phoenix, he claims to have spawned the entire bagger craze when he started Bagger Nation, which is now valued at $10 million dollars. As a maverick builder, he is known for taking an average bike and transforming it into a head-turning, street-scorching custom piece. While his critics might claim that he is past him prime and no longer lives up to his hype, his business has continued to flourish. A former mentor to John Shope, Yaffe brags that he taught Shope everything he knows.
JOHN SHOPE – Dirty Bird Concepts: The self-proclaimed “King of Baggers,” Shope is known for having a hot head and cool designs. Starting as an artist and sculptor before entering the custom bike business in the 80’s, he began modifying, building and fabricating custom Harleys. He entered the bagger game under Paul Yaffe’s tutelage, only to outgrow him and become his premiere rival. Shope says Yaffe is the Michael Bolton and he is the Motely Crue of the biker world. Shope now run his own hugely successful business - Dirty Bird Concepts – where he builds custom baggers and parts.
LEN EDMONDSON – Azzkikr Customs: Originally from Canada, Edmondson started an extremely successful multi-million dollar construction business in Vancouver, which he ran for nearly 30 years.  He sold the business and created Azzkikr Customs pursuing his real love, motorcycles. Having won many “Best Bagger” prizes, he is known for his contemporary, artistic flare and classic lines. But accolades aren’t enough for Len who wants to be number one in the custom bike world. To compete with the best of the best, Len moved himself to Phoenix, just down the street from John Shope. The two builders are friends but only until the competition gets tight and then it’s ALL business and both men plan to win. Len’s deep pockets pose a threat to all of builders who cannot afford to compete. He has never made an American build bike until now and he’s determined to bring his mountain of cash to bury the competition.
KODY MCNEW – Voodoo Customs: McNew’s name says it all: a new-comer to the custom bagger scene. In 2013 Kody was the surprise winner at Sturgis taking top honors in the “First Place Build” category and the prestigious “Best of Paint” awards in the Easy Rider’s Bagger Show. With those wins under his belt, McNew and his shop Voodoo Customs rose overnight from relative obscurity to become one of the strongest contenders on the scene and he has no problem claiming that he could beat more experienced builders Yaffe and Shope.
BRIAN JENKINS - Hatred Customs: Jenkins, a former friend of John Shope, is the founder of Hatred Customs. A loner and a rebel, Jenkins disassociated himself from the Web and social media sites, only having recently joined Facebook in order to advance his shop. He moved to Phoenix from Baltimore, MD in 1992 to work construction, where he started a successful excavating business.  Jenkins lost everything when his business went bust as the Phoenix economy crashed.  While he had always had custom street rods and other bikes, Jenkins tried his hand at real estate before customizing his first bagger in 2007. The bike was such a hit that he opened his own shop and continued making custom rides. Jenkins’ latest bagger has won six top awards in the last six shows it has been featured in, including winning “Baddest Bagger 2013” in Arizona and Reno. While he remains a relative underdog, Jenkins is unique among his rival builders because he can brag that he is the only one who hand crafts every single part of his bike – literally from scratch.
BIKER BATTLEGROUND PHOENIX is produced by Adjacent Productions for HISTORY. Bryn Freedman is executive producer. Julian P. Hobbs and Elaine Frontain Bryant serve as the executive producers for HISTORY. Phil Lott, Travis Shakespeare and Jane Tranter serve as executive producers for Adjacent Productions.

So, does this sound like a show you'd tune in to? I'd love to know!

That's what is fit to print in my world today, hope you have a wonderful day and remember to please ride like everyone around you is blind and cannot see you, and consider dressing for the slide and not the ride.