You Live in the Land of the Zombies and yet YOU Want to Lane-Split? 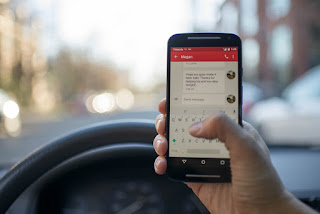 The Zombie Apocalypse is here just incase you missed it. No there wasn't a horrific invasion, there was no violence or bloodshed either.

In fact, the people who have become zombies, it would appear, did so willingly. 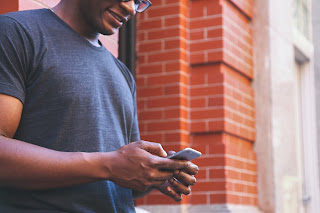 Looking down, oblivious to the world around you, yes, you are a part of the biggest invasion in the world today, the Zombie Apocalypse.

There is a movement that began here in Canada a little over a year ago, wherein some motorcyclists are calling for the legalization of lane splitting.

I have ONE, only ONE huge objection to that....


NO ONE FOLLOWS THE RULES OF THE ROADS AS THEY EXIST NOW. 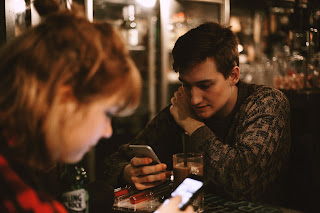 You know, without a doubt that your city has the stupidest drivers ever. You encounter them daily.

You know without a doubt that there are immigrants to this country who have gotten a license that should not have one, even in a smaller city like Grande Prairie we have them.
It's as if someone gets tired of doing their job and just gives these people licenses.

There are drivers both professional and unprofessional that are texting, reading, disciplining their kids, putting on make up, fighting with their spouses and closing business deals, all while driving

People don't just drive in their vehicles these days, they are too busy living their lives inside their cars, trucks, SUV's and vans to care about you and your life or your legal right to lane split.

Let's take a look at a few hard facts about the Canadian end of the human race:


#1 - People know drinking and driving kills and yet, they catch an average of how many drunks each year driving?  The stats from MADD here in Alberta? 1 in 5 people involved in a crash had been drinking. In 5 years 8,600 Albertans have been charged with impaired driving.

#2 - People have known that texting and driving is dangerous for a good number of years now, and yet according to Rate.ca: Distracted Driving is now the number one risk on Canadian roads contributing to 8 in 10 collisions.

#3 - We live in a country where we have a TV show called CANADA's WORST DRIVER - does that not tell you anything?

And you want to risk your life Lane Splitting, on your Motorcycle? Seriously?

I hope your ICE card is up to date and that you have your affairs in order. Let me ask you something....

Go drive down on the lower mainland of BC during rush hour and tell me if you really think that you want to risk your life that way.

The hot heads and road-ragers out there will tune you in in short order and they won't care if there is a law that would allow you to do that.

The video below is from Los Angeles, where Lane Splitting has been legal for years:

The rider in this video does not help his cause and is just as much of a hot head as the guy in the car and puts himself needlessly at risk.

And that my friends is the human race and you really want to risk your life to lane splitting?

Whatever floats your boat, but knowing the quality of people driving that I have encountered on the roadways of Canada, you won't be catching this gal lane splitting, legally or otherwise any time soon.

And that's what's on my mind today...

Canada's MOST Rider Friendly Community Contest:
You the riding community and our partners from the Rider Friendly Business Association and Community Futures of Canada help us find that community that made riders feel the most welcome during the 2017 riding season! Join us January 2nd, 2018 as the hunt begins.