The changing world of motorcycling and our Rider/Reader Surveys 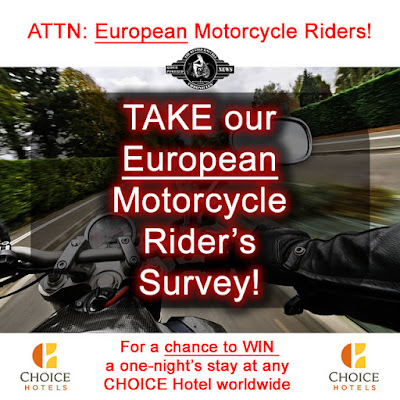 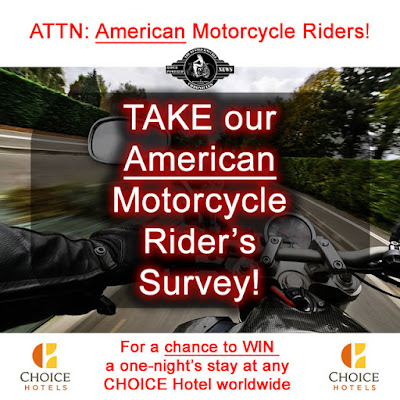 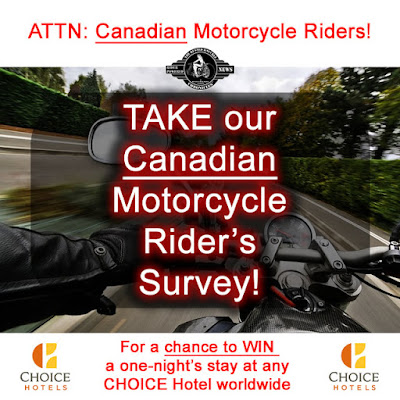 Our goal is to find out about you, as a rider and as a traveller and what news and information is important to you.

We want to know about vacations & the kinds of attractions that interest you and a whole host of things as we get geared up for a major shift in our company.  We are growing our network of people who contribute to the information we offer. We want to make sure that we are growing in a direction that appeals to you the motorcyclist.

Our ideas of tradition, like how you get your road handle, mean nothing to the younger rider.
They simply think our traditions are outdated and as irrelevant as our beloved GeezerGlides.
They laugh at the stories but you can see in their eyes they think you are crazy.

Were we any different when we were their age? Yeah - NO.
All though it was a lifetime ago, I remember thinking my parents and their peers were idiots who were ruining the world.  I was young and I knew it all and was going to change the world for the better. And then reality hit me, as I started maturing I realized that I could only do or change so much, that I could only influence so much.

I am sure that if someone in their 20's today, stumbles across this blog post 20 years from now they will read it and sigh realizing that the more things change, the more they stay the same.

Here are a few traditions from my parents and grand parents eras that we no longer adhere to:

With the changing of traditions and attitudes spurred on by youth, social media and technology we are seeing huge shifts in what riders want by way of riding experiences and the kind of riding they want to do.

The world is open to our youth in ways it was never open to us.

When I was 18 and 20, heck even 30 a lot of the distances that we could afford to ride were determined by what was in our pocket for money. It's really no different today, but what is different is that a lot of these young people have massive debt from higher education institutes and a lot aren't finding jobs that allow them to move out on their own.  That has slowed their entry into motorcycling, or has restricted them to smaller bikes due to financial constraints.

As a company, we want to find that balance and a way to provide a broader range of information that appeals to the younger and older reader alike. We want to ensure that we are uncovering the kinds of experiences that you want to partake in and that you are finding the service and support you need when travelling.

It is our hope that you will take our survey.  It shouldn't take you much longer than 5 minutes and if you decide to leave us your email, your name will go into a draw for coupon from Choice Hotels for 10,000 reward Points. That should get you a hotel stay anywhere in the world that Choice is.

And don't  forget to vote for your favourite community in Canada's MOST Rider Friendly Community Contest - final round of voting starts May17th!