It's OVER for Nashville Bike Week 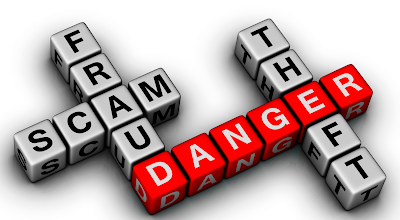 It is with a heavy heart that I announce that Nashville Bike Week is a non starter.

With the arrest of Mike Leffingwell/Axle for changing his name illegally and failing to appear, this man who had charges in 4 states and for whatever reason decided not to deal with them, has left his event in dire straits. 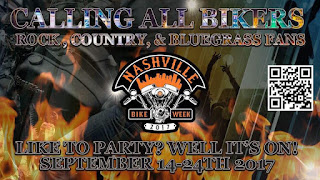 The Loretta Lynn Ranch had pulled out as the host venue back in
February, then a farmer not far away pulled out, then the Gaylord Opryland Hotel pulled out and now the last hope that this event might go off has also pulled out.

A man named Stan Chiras of the  American Rebel Mudpark was going to take the event over as he owns 500 acres that is an actual event venue and a man with a lot of special event experience.
After 11 days of waiting for financials = transparency, he decided that if he couldn't get the paperwork to know what has gone on, he'd best back away.

So now Nashville Bike Week is without a leader and without a home.

Stan Chiras of American Rebel Mud Park is going to be hosting a FREE 10 day event on his property for anyone who bought tickets to Nashville Bike Week. It won't be as grand an event, but it will have bands and entertainment and camping and if you bought a Nashville Bike Week ticket/package he's going to do his best to honour them as far as the spaces for toy haulers etc.

Here is the official statement from Stan Chiras of American Rebel Off Road Park:

"After discussions with State and local officials, and consulting with legal counsel, American Rebel Off Road Park is withdrawing as a venue for Nashville Bike Week and Superflow Entertainment.

It became obvious that with the time remaining until the event date, there is no way to meet the promises made by Superflow Entertainment to its customers.  There was also no feasible way to meet the statutory guidelines required by the State of Tennessee for permitting an event of this size.

When I entered into discussion with Nashville Bike Week my intent was to contribute to saving this event for the over 4000 fellow bikers who had already paid in advance for this event.  I deeply regret this could not work out.

I would like to extend an invitation to anyone who paid for this event to come to Tennessee and enjoy our hospitality and all that our county and State has to offer.
You’re welcome to come and stay here at no charge."

I had hoped that Mike Axle was not another like the one we have had in Canada who has, sadly, resurfaced to try another event. However, it appears that Nashville Bike Week was nothing more than one big scam.

I was angry at those who were phoning venue after venue and getting the owners to turn their backs on signed contracts.

Part of me wanted to believe in that this guy was sincere. He did not conduct himself the way the other person I have experience with did. He never dodged me.

And then there's the whole thing about Canadian law and US law which are very different from each other.

Had I done to the Canadian event (that went this same direction in BC), what the Americans have done to Mike Leffingwell/Axle and Nashville Bike Week, I'd have been thrown in jail.
ANYWAY...They were right, these detractors and Mike is another like the one from BC....the one who is hosting an Oilfield event now.

I am sad that things went this way but, our community has been known to attract some unsavoury people.

So sad for so many. I am beyond being angry anymore - I feel deflated.
There goes my big trip of the season, time to reorganize - with the workload I have, not a bad idea...