Did yah miss me?

1 Community, Law & Politics 7:38 AM
A+ A-
Print Email
It's been a great week on many levels, but I have missed writing my editorials this week.

I was in Toronto for the National Motorcycle & Tattoo show which was a blast, and after the show, headed out to Havelock to spend some time with our reporter and sales rep, Cookie.

The internet and phone signals out there are sketchy at best - add to that the challenge of flying and driving, well - I have had to be off the radar for a bit.

Out of Camden NJ comes a story about some bikers wearing the Pagans and Tribe Colors who were stopped by the cops in that state. What ensued has landed the cops right smack dab in the middle of a lawsuit.

When State Police stopped six motorcyclists on a Southampton highway in July 2009, the bikers received summonses — and an unwanted order.

They were told to remove their “colors,” the jackets that showed membership in the Pagans and Tribe motorcycle clubs.

“Now you are all going to take your jackets off,” Trooper Nicholas Carlini told the motorcyclists, according to a video recording of the incident. “Because on these highways these are the only colors you wear,” said the trooper, indicating his blue and gold uniform.

That order has led to a federal lawsuit, filed by three of the motorcyclists, that alleges actions by Carlini and other troopers violated their constitutional rights.

The case moved forward last week, when U.S. District Judge Jerome Simandle in Camden said the motorcyclists could pursue several of their claims, including malicious prosecution, in court. END QUOTE
Later in the article, part of the lawsuit is explained - BEGIN QUOTE - The motorcyclists’ lawsuit in part asks Simandle to declare that police violate the Constitution when they stop bikers solely because they’re wearing colors.

Have any of you riders in my circle here in Canada experienced this kind of high handedness from the police? I would love to hear about your experiences...share them with us on Facebook or here in my blog!

What exotic destination would you like to ride a motorcycle in?
Well, one company in Ecuador asks you to consider that country...Freedom BIke Rentals has just announced a new tour!

In the California - a member of the Hells Angels is sentenced over home loan fraud.

In Australia, the Finks were embarrassed by a streaker at their fundraiser for Fiji...

Also in Australia, a judge gave permission for seven members of the Finks who are under an order that prevents them from any association with members of OMC's to attend a funeral for a fellow bikie.

In Great Britain, a rider was charged in the death of his passenger.

Under the Concept Motorcycles category in Lifestyle News, you have to check out the vision FROG has for the Electric Motorcycle....

There is a TON of news in the feeds today - check it all out at www.beltdrivebetty.com where we sift through the news so you get only MOTORCYCLE news!

I leave you with a few giggles, shared with my by friends through Facebook and Emails... 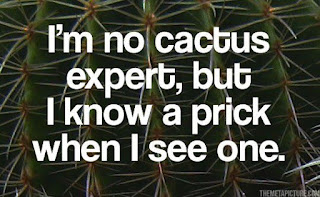 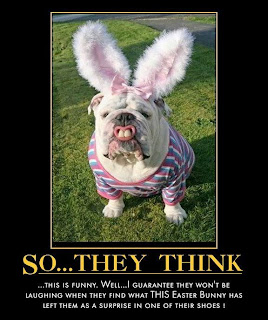 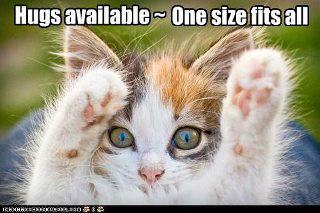 Have a wonderful Day and Happy Easter.