GuidePedia
Home In the News Insurance

A day of crazy stuff in the news...

0 In the News, Insurance 8:15 AM
A+ A-
Print Email
Some mornings I shake my head a lot as I read the news feeds. Today is one of those days.

In an article from Great Britain, an insurance company went to great lengths to dispute information that the BBC had in a show called "How Safe are Britain's Roads"

According to the article:
"Insurer refutes that loss of control is main cause of motorcycle deaths

Groupama Insurances says it has “proved categorically” that other road users are the main cause of motorcycle deaths, refuting the suggestion on the BBC TV programme ‘How Safe are Britain’s Roads?’ that loss of control on bends is the main cause." End Quote

So, how could the BBC get things so wrong? Is this investigative journalism?  Things that make you go hmmm..

Then out of Salt Lake City Utah comes this headline:

Apparently the Later Day Saints do not know the difference between a riding club and a gang...or how wrong it is to label people inappropriately -  interesting.

In the how petty can you be category...

A veteran sued his boss for firing him because he bought tickets on a Harley from a rival of his boss.
According to the article: The lawsuit alleged that Schatzman fired Russell in November 2010 after Russell bought $100 tickets in a motorcycle rifle organized by Dave Griffith, who was running against Schatzman for sheriff. Russell said he just wanted to win the motorcycle and was never told buying the tickets would get him fired. End Quote

In Australia, the Chief Commissioner Ken Lay, has decided it is time to clean house. "Blitz on Rats in the Ranks" is his effort to rout out bad cops on his force.
According to the article: 'What we have uncovered in the past three to four months is really worrying that some of our police are behaving criminally. They are either very naive or have been very carefully cultivated by members of outlaw motorcycle gangs. It is not just about compromising Victoria Police now; it is about compromising the organization in five, 10 or 15 years' time.''

I really wonder at some of these reports about police services - no matter where they are in the world, police are people and with that comes all of the flaws of humanity.  Just because you are a police officer does not automatically guarantee you are going to be one of the good guys. And that my friends can be said in any profession and any community around the world regardless of skin color, race, creed....

Out of Ireland come two divergent articles. The first is about the goofiest sitcom on bikers being released on line I have ever watched! "The Clandestine" is about a group of office workers who decide to form a bike gang.

The other is from MCN Magazine and is about the TT Races and the man who promotes them, Paul Phillips, who says that if Irish Road Racing died it wouldn't affect the sport.

And the man so many "Love to Hate" Jesse James got hitched to pro drag racer Alexis DeJoria
I guess the fact he cheated on Sandra Bullock and has done so many times in the past to other gals doesn't faze this fast lady...

In Ontario a 23 year old female rider is charged with stunting and dangerous driving.

A train and a motorcycle collided in Surrey BC yesterday - there are no details available as of yet.

There is a ton of other news in the feeds today - these one's just caught my eye and some made me go hmmm.

I need a giggle - how about you?

These were shared with me by friends from Facebook and via emails: 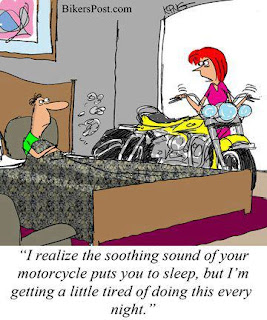 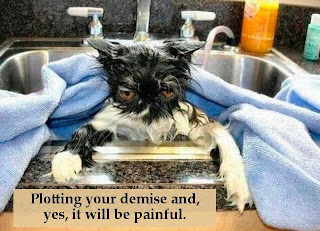 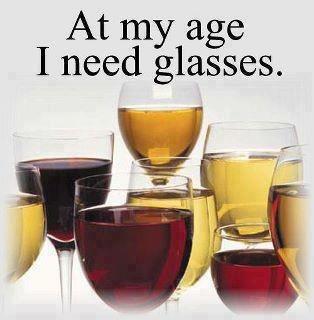 Have a great Tuesday everyone.
Belt Drive Betty
Editor & Rider