0 Law & Politics, Queensland 6:11 AM
A+ A-
Print Email
News out of Australia is that Anonymous is targeting Campbell Newman - the man responsible for the laws that are stripping regular citizens of their rights because of the War on Bikies.

Campbell Newman may call their tactics amateurish however I am beginning to believe that these kinds of Anonymous messages are the only way for law abiding citizens to get the message about the atrocities that are taking place not just in Australia but around the world.

It appears that every time we riders turn around some government official or some top cop wants to make a name for themselves by going after 1% bikers hard and in a very public way and in the process, innocent citizens end up paying the price.

I am all in favour of criminals going to jail but I am not in favour of regular everyday citizens having their rights stripped all in the name of a war on crime.

I wonder if there is any way that police services and governments can actually target crime without labelling the taxpayer that pays the bills as a criminal because they ride a motorcycle.

News out of Winnipeg is it is official - Lone Star Harley-Davidson's doors have closed after 18 years in business.

In NSW two deaths are being linked to the Snowy Ride motorcycle charity event.

The Oregon Ducati dealership Motocorsa is up to their unusual marketing stunts again...this time it's a spoof on sexy models and motorcycles with guys playing the role of sexy model...

With Remembrance Day just a little over a week away, we have a project that needs your funding and support.

This from Lise Charron;

The S.O.S Project for Soldiers of Suicide and their families is an initiative of the non profit organization «Honour our Canadian Soldiers ».

Their depression/stress was so deep; they believed that suicide was the only solution. Families left behind feel isolated in spite of the fact that their loved ones have served our country with distinction.

The taboo against the choice of suicide is that these Soldiers have been forgotten during commemorative ceremonies. We also know very well that using the word suicide is difficult for many people.

Most of these Soldiers of Suicide lost their battle as a result of post traumatic syndrome disorder (PTSD). This syndrome also affects the people involved in the life of that person.
There are some resources across Canada, but information about is still limited. This results in an urgent need to be able to provide assistance in order to try to prevent suicide in the military or to inform the families and loved ones who suffer the consequences afterwards of the help that is out there for them as well.

Our goals are to create ways to help the person directly or to provide information about what exists in Canada. There is also the opportunity to work with existing organizations to provide a variety of resources. Raise awareness about suicide among our Canadian Forces members. Hosting candlelight ceremonies across Canada on February 21st to remember they also served our country to protect our freedom.

Thank you for your support


If you can help please consider a donation: http://www.gofundme.com/51qyyo


As always there is a lot more in the newsfeeds over at www.beltdrivebetty.com where our work is keeping you informed.

I leave you now with a few funnies shared with me by friends on Facebook and via email: 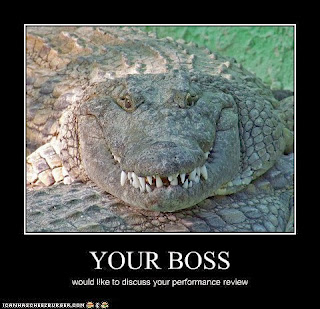 If you are blessed enough to be riding today, please dress for the slide and not the ride and remember to ride like everyone around you is blind and can not see you.