Rumours of my Retirement & Other REALLY Bizarre stuff...

0 Canadian Motorcycle events, Lawsuit, Motorcycle Community, Sturgis North 3:35 AM
A+ A-
Print Email
I got a couple of emails today, one was from a friend I hadn't heard from in a while.

He told me that I sucked and that there was no way I should be retiring.  That he was invited to attend a poker run in support of me, being held as a way to discourage me from retiring.

And the other from a friend who was appalled that I hadn't shared with her that I was retiring.

Well folks I am here to tell you that I am far from retiring, I have far too much that I want to do in this community to think of retiring.

There have been times, since Ray Sasseville, Joan Hansen and Sturgis North decided to launch a shotgun lawsuit against 7 people, when I wondered if what I am working at means anything at all, if it's worth it, if it has value to anyone. But time and again the support and help that I have gotten from this community has reaffirmed that the work I have chosen to do is valuable to at least some.

I am scratching my head right now wondering who it is that is spreading the rumour that I am retiring.  We have begun editing the 2nd season of the TV show and I will be filming for it all summer, provided I have no other set backs, like the crash that has taken me off my work game for the past three weeks.

Our web sites are being overhauled, yet again and we have taken the newspaper to the digital realm entirely.  We are working harder than ever to bring the news and information that this community needs to them.

So the answer to the queries I have been getting is NO - I am not retiring.

I am taken aback by a strange turn of events in the lawsuit though. I am not sure what to make of it. 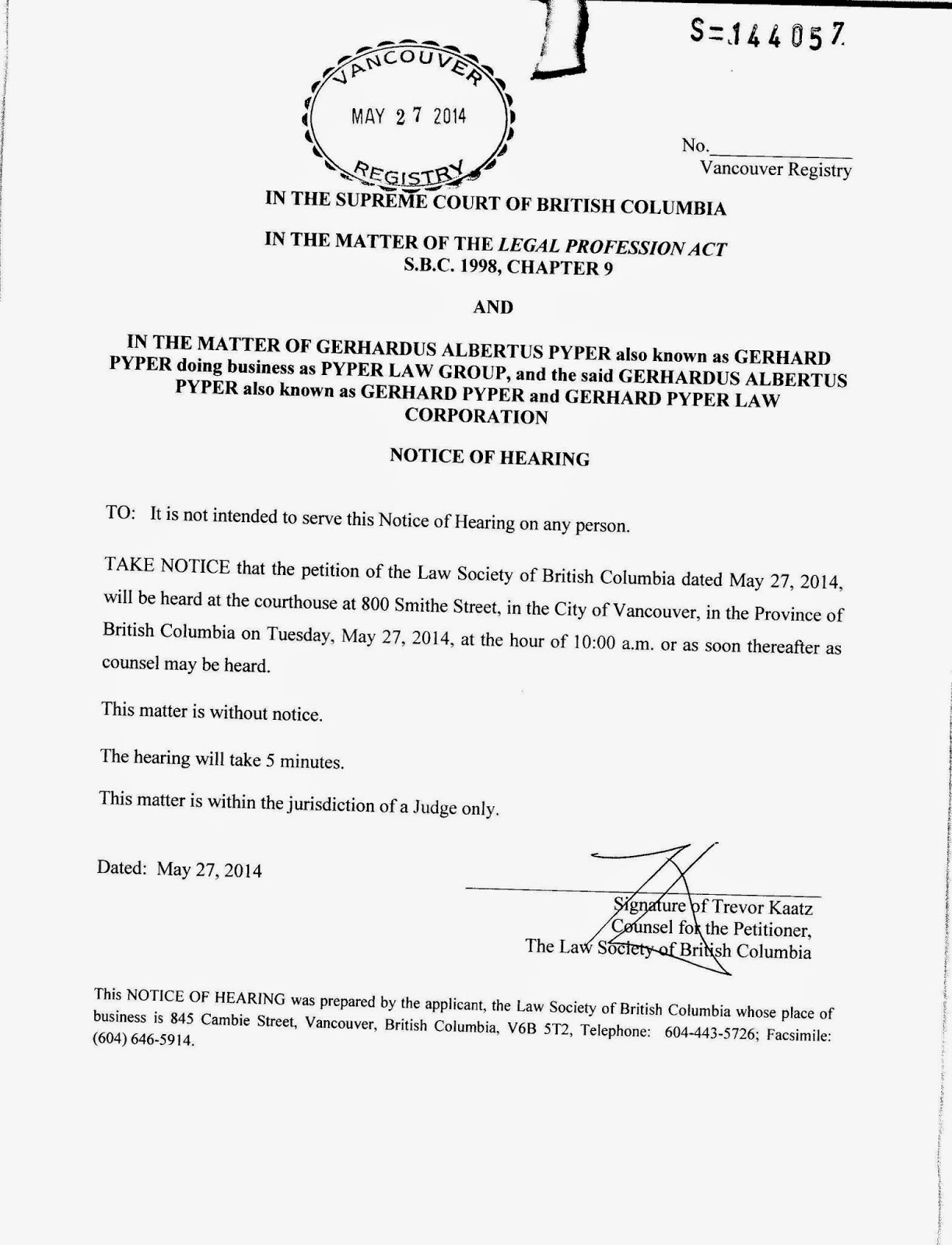 As you may remember, Sturgis North and company, had offered to drop their lawsuit against all seven of us that were named.  The other six defendants offer was straight forward, don't sue for costs, this goes away. My offer however included a $250K gag order, a removal of all reference to Sturgis North and company in my newspaper, web site and blog and that I monitor social media, my circle of friends and acquaintances to ensure no comments were made by them and allowed to stand, no letters to the editor etc....

I could not accept those terms and a counter offer has been prepared.
Since all of the other parties agreed to settle their cases, they had all signed off and sent their documents to the attorney for Sturgis North, Gerhard Pyper.

My lawyer was not going to send out my counter offer to settle until such time as all of the other suits had gone through court and were over.

We have been waiting for those orders to be signed for about 6 weeks now, a very long time for documents to take in being processed.

Well, today, I got an email from my attorney stating that the BC Law Society had contacted him to let him know that they had assigned a custodian to take over and wind down the law firm Pyper Law Group.
Gerhard Pyper is the lawyer of record for Ray Sasseville and Sturgis North.

My lawyer went on to express that the only reasons that a custodian would be assigned to a law firm was in the event of death, infirmity, suspension or disbarment. The Law Society is not allowed to tell you why a custodian is assigned.

So, I did some investigating and I found out that there were no obituary notices, and since there is was nothing in the news about this attorney anywhere, I went to the BC Law Courts web site and low and behold, Gerhard Pyper has been suspended.  (See the documents on the left)
According to the documents the lawyer was suspended pursuant to
Rule 3-7.1 of the Law Society Rules. But that didn't mean much to me and so I went and read up on that:

3-7.1 (1) An order may be made under this Rule with respect to a lawyer or articled student who is

(2) If they are satisfied, on reasonable grounds, that extraordinary action is necessary to protect the public, 3 or more Benchers may


(b) impose conditions or limitations on the practice of a lawyer or on the enrolment of an articled student, or

(c) suspend a lawyer or the enrolment of an articled student.

(14) An order made under this Rule or varied under Rule 3-7.3 [Procedure] is effective until the first of


(a) final disposition of any citation authorized under Part 4 arising from the investigation, or

(b) rescission, variation or further variation under Rule 3-7.3.


I guess on Monday I will be chatting with my lawyer to see how much more this complicates things and how much more expense I will have to face over this suit because of this situation.

For those of you lucky enough to be riding this weekend, please stay safe, enjoy yourself, and remember, the charity you are riding for needs you - rain or shine....

I am hoping to be healed up enough by next week (June 21-22) that I can be on the be on the bike attending the GP Toys for Tots ride to Peace River.

There is also a bike blessing in town on the 21st being hosted by the Trench Wenches MC - one way or the other next weekend will be my first official ride since the crash...

If you want to find out what events are going on in your province of this magnificent land of ours, visit www.motorcycleeventscanada.com

Ride like everyone around you is blind and cannot see you and please consider dressing for the slide and not the ride...