Big Changes to the IOMC in Edmonton 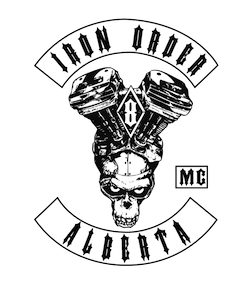 I was recently contacted by the former International Nomad of the Snow City Crew of the IOMC in Edmonton to let me know about some rather large changes that have taken place.

Cheezy had this to say...

Very recently the following members have stepped away (out in good-OIG) from the club:

You probably recognize some names from this list as being long term members (relatively speaking) and certainly original founding members for the Edmonton chapter.

So why did we all leave?

Like most things in life, as you grow and develop any organization/club a few seem to influence others into a direction that the originals don't agree with.

This has happened with our group.

New leadership at the international club level has effected so many at the chapter level, to the point that many of us "chapter originals" that you got to know and respect, could no longer wear the IOMC patch on our backs.

The club and our chapter have changed big time.


Let me say this.....although the club never "asked permission" there were many of us who respected the hierarchy of the club world and gave respect to those in the 1% clubs.

It was simple really......we stayed out of their club business and minded our own business. Period.

We NEVER EVER looked for trouble or hid behind a badge.
The Edmonton chapter, when we were a part of it, never had an LE member.

These principles will still be followed and respected by all of us who have moved on.

It took us three years to build our chapter up, and during that time we made life long friends with our core group. I'm not sure what we will be called going forward, if anything.

But I can assure you that I personally, will NEVER wear a three price patch again.

I wish those remaining in the IOMC Edmonton chapter all the luck in the world because with the changes that have taken place, I think they're going to need it.

So where do we go from here?

For the most part, the men who have left are very close and remain a very tight brotherhood.
I don't see that changing anytime soon.

I hope you realize that the men you've come to know are the same honourable men we have always been.

We remain proud motorcycle enthusiasts and have nothing to prove to anyone.

We continue to ride and enjoy each other's company as we do so.

Our wives and girlfriends have also become very close to each other and continue on in their friendships.

And for we Edmonton chapter originals, that's more than enough.

So there you have it folks.

The IOMC in Edmonton has changed in a direction that many did not agree with and so those members that I got to know and respect are now just normal riding citizens.

What will the change in the direction of the IOMC mean to the Edmonton riding and 1% communities? No one knows for sure at the moment.

The only thing we can do now is to watch, wait and pray that the American style of hatred doesn't generate some kind of turf war here.

On a personal level, I am happy that these men who have become valued friends are no longer with the IOMC - I am glad my instincts about the quality of their character was bang on and that they have moved on to different pursuits. I always feared for their safety any time the rode in the US with that patch on their back.  Now I can breath a sigh of relief that they no longer have that target on their back.