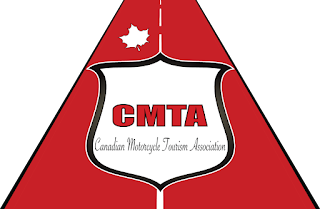 There has been a lot of talk going around regarding a man named Myles MacDonald and his fundraising endeavours. Myles has a private foundation called ourwoundedwarriors.org he funds it from items he sells that he creates from art he has created. He also accepts donations from the general public.

Because his is a private foundation, there is no real accountability.
It's not illegal what he's doing, but it is questionable. The Legion is looking into his use of the poppy and there are many who are going after the man viscously because they believe him to be a user.
I spoke with the man, I was curious and wary because of the whole ourwoundedwarriors.org thing.

I'm not so sure the man is a con, or that he's doing anything wrong, but there's no way to prove that he's doing the good things he states unless you want to spend hours on the phone. It's easy to surmise he's doing something wrong just based on the name he chose to use. His way of doing things makes accountability tough and in the non profit and charity world, accountability is everything.

I've experienced people complaining about me and where do the funds I/we raise go, our non profit has never made a ton of money but when it has raised anything, the donations were given very publicly to ensure people knew we were helping out in our community.  Like the over $4K we raised for Kate MacEachern, we donated it to her at the Royal Canadian Legion in Leduc - in cash the day after our event at a public presentation and had pictures to prove it.  Some of the people we helped, like a man in southern Alberta 18 months ago or so, whose wife just recently passed - we were donated an electric scooter, she had need of it, we did the driving from Kamloops to Calgary to deliver it. We never made anything out of it, because he and his wife are private people, it just felt good to make a difference.

Right now we have a donation that just came in, the Jouse 2 controller one of those tools that allows people to use their breath to do many things for them when they are paralyzed and we have a lift for a handi-van that can be used for converting a van into a wheel chair accessible van to donate.
The veteran we had intended to support with it did not want it. We were $25,000 short in our fundraising efforts to build him a wheelchair accessible scooter and instead acquired this lift that is in amazing shape. Sadly, the veteran felt so deflated that he's all but quit talking to us.  It's a hard bitter pill to swallow when you can't make something a reality. That doesn't happen to me often, especially when I am working to help someone else.

We have made one huge project a reality and because of our hard work, the Canadian Motorcycle Tourism Association has just taken over the Afghanistan War Monument & Veterans Memorial Gardens Project here in Grande Prairie officially.

Our Peace Arch, memorials, monument and concrete pad and solar street lights are ALL 100% PAID FOR!  As project lead that is something I am very proud of.  Phase 1 of this enormous project is in the ground and paid for, on time and on budget!

Now that Veterans Affairs has accepted the Canadian Motorcycle Tourism Association as keeper of the project, we have registered and are waiting on approvals to become an Alberta Registered Charity. It does not give us CRA status, but what it does do is: ensure our board goes through a criminal record checks and helps the public feel better about supporting us because they will be able to find us on the Service Alberta Website as a Charity.  It means that our fundraising materials have been vetted and that we are "cleared" essentially to ask for people to donate.

It also helps us learn about governance and charitable reporting and helps us grow as we work towards CRA status.

It's not hard to register, but many organizations don't know that if they plan on hitting $25,000+ in donations that they need to be a registered charity business in Alberta.

It's $60 for the fee, some paperwork and you mail in the application. It takes about 3 weeks for the process.

We hope that our registered charitable status in Alberta is finalized around the end of the first week in February.

Raising money for charitable causes/projects is a big responsibility.

You need to make sure you do the reporting the way people want you to - like the donations we got from the Legion's Poppy Fund (several Legions contributed).  We were given $16,500 towards our monument project that needed to be paid to the monument maker in one lump sum to ensure that the Legion's knew their money went to the right place.

It is very important that one takes care of those things the way the donors ask and so... 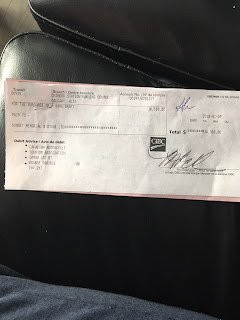 This photo proves that we made one payment of $16,500 to Sunset Monument & Stone in Calgary.

Our donor, the Royal Canadian Legion's of northern Alberta (District 1) are happy, and so is our monument maker!

Our project has grown to involve more than gardens and points of interest, it will involve a small museum, a gift shop etc...

It will hopefully be completed by 2020-2021 and then we intend to enter the Communities in Bloom Contest for Memorial Gardens.  We are going to put our gardens and monument on the map and ensure that every veteran who rides WANTS to come to Grande Prairie to experience our little piece of sacred ground.

www.motorcycletourism.ca is our new website.
You can watch there for all kinds of things our organization has decided to become part of!

In the meantime, Community Futures, the Rider friendly Business Association and the  Canadian Motorcycle Tourism Association are proud to present Canada's MOST Rider Friendly Contest - we are looking to find the community that treated the riding community the best last year. (2017)

Nominate your favourite community to ride to, to live in as a rider...

Have a great day everyone...
Belt Drive Betty,
Editor & Rider


Here is the Powerpoint for our Project - Veteran's Memorial Gardens