Some hard truths about the Travesty called Sturgis North

2 Sturgis North, Travel 9:50 AM
A+ A-
Print Email
I am still on my fact finding mission as to why so many motorcycle events in BC have been experiencing "special" treatment from the RCMP and or the Liquor Board.

One huge new FACT that came about involves the beer gardens at Sturgis North - I spoke with one of the head liquor inspectors for the province of BC and he expressed that the no chairs, no tables and no spirits sanctions that were placed on the Sturgis North Beer Gardens had nothing to do with the riders who were coming to attend the event and everything to do with the show management - Ray Sasseville and company.

Apparently - even before the event last year in Salmon Arm, the Liquor Board had dealing with Mr. Sasseville that were unsatisfactory and the harsh terms of the license were a direct result of that history.

So - another mystery solved.  The more I dig, the more questions I ask and people I talk to, the more I find out about the show management - the more I shake my head.

So for all those who attended the event and were disgusted by the treatment of we riders - lay the BULK of the blame on Mr. Sasseville and company and if you want proof positive of what I say, email me and I will give you the name and phone number of the Liquor Inspector from Victoria to speak to - the conversation I had with him was extremely enlightening.

I also asked this man, who was more than helpful and forthcoming about the "Gang" colours ban and he expressed that since there have been so many violent incidents and shootings involving gangs - and NOT JUST "Biker Gangs" that that ban is in effect everywhere, for every kind of special event where liquor is sold cause apparently gangs go to country music events and ball tournaments too.

He expressed that if the Hells Angels and other biker "gangs" were never the target of those shootings they wouldn't be included in the ban, but since they have been targets and shooters in many incidents, they are caught up in the ban as well.

I expressed to him that banning colours only puts everyone at risk and by that I mean, that if you don't want to be seen talking to a "gang" member, you have no way to protect yourself from police scrutiny if you have no clue the person beside you, that you are chatting with is a "gang" member. He agreed that the solution of banning all "gang" clothing is an imperfect one, but that because of rival gangs and the tempers that flare at times, the governments of this country feel that banning their gear in places where liquor is sold for consumption, can prevent them from identifying each other as rivals and he pointed out that liquor can make people become more brazen and fearless.

So - as I said, another mystery solved!

I will be, at his suggestion, writing to the minister responsible expressing some of my other concerns and will keep you informed as to what responses I get. As with anything governmental, the wheels of information grind slowly!

I am attending the Howlin' Coyote Biker's Bash in support of the Fallen Rider's Memorial that is being built in Two Hills this weekend. Hope to see a ton of you Alberta riders out for that and if timing allows I am going to try riding out to Trike Zone for their Customer Appreciation event.

Hope you ride safe no matter what event you decide to attend or if you are just going for a ride.

Have a fabulous Friday and an even better weekend!

I leave you all with a few funnies shared with me by friends on Facebook and via emails! 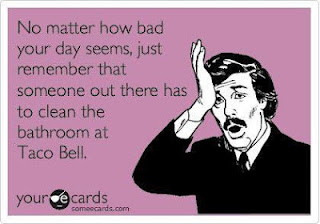 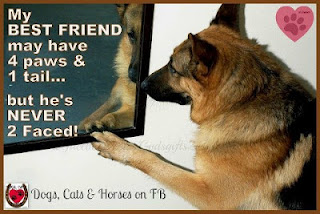 
Disclaimer:
All data and information provided on this site is for informational purposes only. The Belt Drive Betty Blog makes no representations as to accuracy, completeness, currentness, suitability, or validity of any information on this site & will not be liable for any errors, omissions, or delays in this information or any losses, injuries, or damages arising from its display or use. All information is provided on an as-is basis.'
Posted by Belt Drive
Share to: