The erosion of our freedoms - "All that is necessary for the triumph of evil is that good men do nothing." (Edmund Burke)

1 Law & Politics 8:47 AM
A+ A-
Print Email
Apathy is, in my humble opinion, the single most destructive force of the human race these days.

It is not a small town issue, or a big city issue, nor is it a national issue. Apathy is not restricted to volunteerism or politics, to corporations or individuals - it is a global situation - it is the enemy of every living being.

According to the Mirriam-Webster Dictionary Apathy means:
1 : lack of feeling or emotion : impassiveness
2: lack of interest or concern : indifference

There are many famous quotes on the topic of Apathy - quotes that have been around for hundreds and thousands of years - Apathy is nothing new.

"I think we risk becoming the best informed society that has ever died of ignorance.
Rubén Blades Bellido de Luna

"...So long as the people
do not care to exercise their freedom,
those who wish to tyrannize will do so;
for tyrants are active and ardent,
and will devote themselves in the name
of any number of gods, religious and otherwise,
to put shackles upon sleeping men." Voltaire - François Marie Arouet (1694-1778)

"When liberty is taken away by force it can be restored by force.
When it is relinquished voluntarily by default it can never be recovered."
Dorothy Thompson(1894-1961)

There is, in my humble opinion a root cause to Apathy and that is the lack of Empathy which is defined by the Mirriam-Webster Disctionary as:
1 : the imaginative projection of a subjective state into an object so that the object appears to be infused with it
2: the action of understanding, being aware of, being sensitive to, and vicariously experiencing the feelings, thoughts, and experience of another of either the past or present without having the feelings, thoughts, and experience fully communicated in an objectively explicitmanner; also : the capacity for this

It appears to me that because so many seem incapable of putting themselves in someone else's shoes, they have no way to identify with the fears, concerns or situations of others.

Until we are directly impacted ourselves we simply do not get involved.

We all lead busy lives, we all have concerns of our own, but when we forget our fellow man, when we turn a blind eye or expect someone else to deal with the problem or situation at hand, we become an advocate for the enemy not the suppressed or the oppressed.

Is there an answer? I have no idea. All I know, is that in my little corner of the world - in my little circle of influence - I will keep advocating for communication, discussion and action until I die, because for me - to do nothing would be as good as dying.

What say you? Join the discussion because I really would love to know what you think...

I leave you with a couple of funnies from friends on Facebook and via email because laughter is as important to life as breathing.... 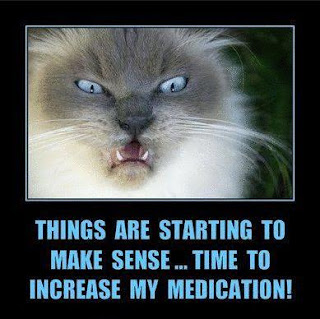 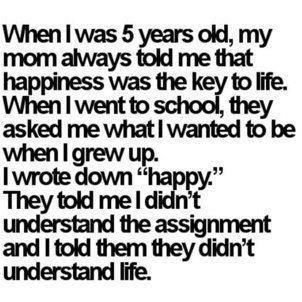 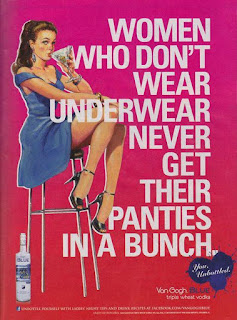