3 stories in 24 hours show us just how badly broken our justice system really is if you are a biker/rider.

2 Community, Law & Politics, riding community 6:36 AM
A+ A-
Print Email
Last night we received word that Tracy Dawn Smith, who killed motorcyclist Janarthan Mehanthiran, lovingly known as Jana, would spend one day in jail, 3 years under probation, do 200 hours of community service work and be banned from driving ban for ten years.

Begin Quote: Higinbotham also took into account that Smith was assessed to have the cognitive functions of a nine-year-old and has had a life filled with both physical and sexual abuse during her childhood, and then later in life, with rampant addiction and mental health problems. End Quote

First question - how did she get a drivers license to begin with?

Second question - how does someone with the cognitive functions of a nine year old come to drive a Lexus?

Third question - how can this sentence be so light when this woman was already under a ban?

Begin Quote: Smith is already under a number of bail conditions linked to an assault charge from April 9, including not possessing or consuming alcohol. End Quote

Fourth question - what message does this sentence send others who drive impaired?

Where is the justice in this for Jana? For his family? And what about the rest of the people who share the highway?

So much for impaired driving laws meaning anything.

And then we have the travesty of what the government of our country is doing to the Hells Angels.
Whether you believe they are a criminal organization or not is totally besides the point here.
The fact of the matter is that people with no criminal record are being deported from Canada because they are members of the club.

In an article in the National Post today we learn that "Alejandro Mariano Chung, 43, a citizen of Chile who came to Canada in 1979 but never obtained Canadian citizenship, is the latest man tied to the world’s largest and most notorious biker gang to be deported for his involvement with the bikers."


Begin Quote: Almost all of the members of the Manitoba chapter have criminal records, mostly convictions for drug trafficking, their primary criminal activity, police said. In Ontario, 67.2% of Hells Angels members had a criminal conviction, 43% drug-related, police said.

“The business of the Hells Angels is crime,” the IRB ruled. “From the organization’s point of view it would make no sense to invest time in bringing Mr. Chung up through the ranks unless he was going to be part of their criminal activity.”

He was deported last month but has filed an appeal with the Federal Court of Canada, seeking to return.

The government is increasingly using immigration law, where the burden of proof is lower than in criminal court, to target the Hells Angels. End Quote

I guess that since the police services are unable to do their jobs and make charges stick against these "criminal gang members" and the courts in this country obviously have problems (long wait times, not enough judges and in my humble opinion judges with questionable thinking skills) that this is the only way they can get rid of what they deem to be a criminal element.

Then let's look at another story - this one again from the National Post about an American rider who made a mistake.

This rider who is going on a 12,000 mile trip - a 26 year old college student named Kraig Jacobson is detained in Canada for 4 months because he had brought a pistol with him and didn't declare it at the border.

According to the article, "My brother and I decided to go on a 12,000-mile road trip on our motorcycles and also raise money for the [American Cancer Society’s] Relay for Life. We were going to be camping a lot, so a friend suggested I bring my pistol for protection against wild animals."

Begin Quote:
Q What happened after you were taken into custody at Niagara’s Rainbow Bridge border crossing?
A We had heard Niagara Falls had a better view on the Canadian side and we were just going over the border for 20 minutes to take a look. I’m very nervous around authority figures and when the guard asked me if I had a weapon I panicked, thinking I was going to get in trouble, so I said, “No.” He waved me over to another officer, who again asked me if I had any weapons. I said, “Yes,” thinking they would give me a second chance — but they did not.

Q You spent 18 days in detention before being released to live with friends while your case was resolved. While incarcerated were you, as the stereotype goes, treated politely?
A Yeah, I hear that compared to the U.S. it’s not bad at all. But you still have to make sure you’re not stepping on other people’s toes. I saw fights in there, mostly over really dumb stuff like a guy who got punched in the face over a sticky bun.


Q How did you wrap up the case and get home?
A My lawyer advised we should plead guilty and argue the sentence down, but it still took 3½ months before I was finally released. I had to pay $1,000 to get my bike out of seizure and drove it out of Ontario, but then it got really cold, Hurricane Sandy hit and then it snowed on me in Pennsylvania. I had to leave the bike in Cleveland and take a flight home. End Quote

So there you have it folks - Three articles within 24 hours that show you just how badly broken things are in the justice system in this country.

What do these three stories show me?

Well, making a mistake as a visitor to this country is gonna cost you dearly - in the case of Kraig Jacobson - 18 days in jail, $20,000 in costs and being detained in this country for almost 4 months and a ban from ever entering our country again.

In the case of being a Hells Angel - you get deported if you are not a citizen and can be denied entrance in this country regardless of the fact that you have no criminal record, because you are a club member.

But when you kill someone, if you have a sad enough story you can literally get away with murder.

Is it just me? Am I the only one who thinks that things need to be fixed in the justice system?

I'd love to hear your thoughts on this topic.

There is a lot of stuff in the feeds today that might affect your day or life as a rider, I encourage you to visit our web site www.beltdrivebetty.com where our work is keeping You informed.

I want to remind everyone that the Gift of Jobs for Christmas SOA art auction begins today. 9 fabulous piece of art up for grabs.....the proceeds will be going to the employees of Mountain Man Services in Lake Cowichan BC on Vancouver Island - they lost all of their work gear in a fire and the owner was uninsured (insurance in BC is worth your new born - another topic that drives me around the bend - but that;s a discussion for another day).

Please join us to help get these people back to work...

I leave you with a few funnies, shared with me by friends on Facebook and through emails - I really need to find the humour in the day... 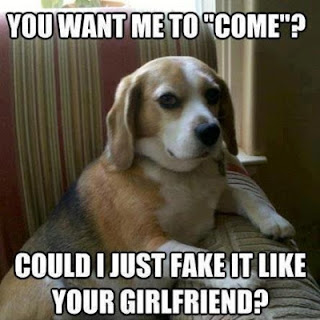 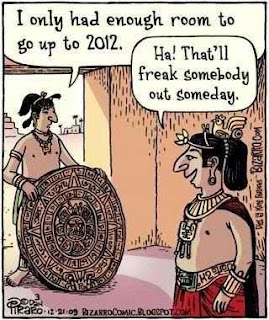 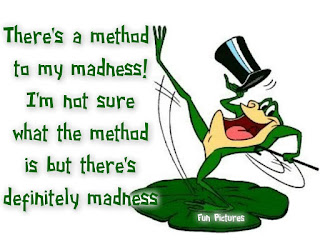 Try to have a fabulous weekend everyone.
Belt Drive Betty
Editor & Rider